LONDON Nearly everywhere around the world, people are living longer and fewer children are dying. But increasingly, people are grappling with the diseases and disabilities of modern life, according to the most expansive global look so far at life expectancy and the biggest health threats.

The last comprehensive study was in 1990 and the top health problem then was the death of children under 5 – more than 10 million each year. Since then, campaigns to vaccinate kids against diseases like polio and measles have reduced the number of children dying to about 7 million.

Malnutrition was once the main health threat for children. Now, everywhere except Africa, they are much more likely to overeat than to starve.

With more children surviving, chronic illnesses and disabilities that strike later in life are taking a bigger toll, the research said. High blood pressure has become the leading health risk worldwide, followed by smoking and alcohol.

“The biggest contributor to the global health burden isn’t premature (deaths), but chronic diseases, injuries, mental health conditions and all the bone and joint diseases,” said one of the study leaders, Christopher Murray, director of the Institute of Health Metrics and Evaluation at the University of Washington.

In developed countries, such conditions now account for more than half of the health problems, fueled by an aging population. While life expectancy is climbing nearly everywhere, so too are the number of years people will live with things like vision or hearing loss and mental health issues like depression.

The health of most of the planet’s population is rapidly coming to resemble that of the United States, where death in childhood is rare, too much food is a bigger problem than too little, and life is long and often darkened by disability.High blood pressure is now the leading “risk factor” for disease around the world. Alcohol use is the third. Low back pain now causes more disability than childbirth complications or anemia.“We are in transition to a world where disability is the dominant concern as opposed to premature death,” said Christopher J. L. Murray of the University of Washington, who headed the Global Burden of Disease Study published Thursday. “The pace of change is such that we are ill prepared to deal with what the burden of disease is now in most places.”

The U.S. population will be older and smaller than had been predicted just four years ago.

3:31PM EST December 12. 2012 – The Great Recession may be over but the repercussions will echo for decades by braking the nation’s population growth and steering it on an unprecedented path, the Census Bureau predicted Wednesday.

Fewer immigrants and fewer babies — a decline caused largely by the poor economy and high unemployment — are shifting the shape of the nation’s population: It will be older and smaller than had been predicted just four years ago.

By 2050, the nation is projected to have 399.8 million people — 39 million fewer than the previous predictions during the recession in 2008. The country will now reach the 400 million milestone in 2051 or 12 years later than previously projected, the Census Bureau said. 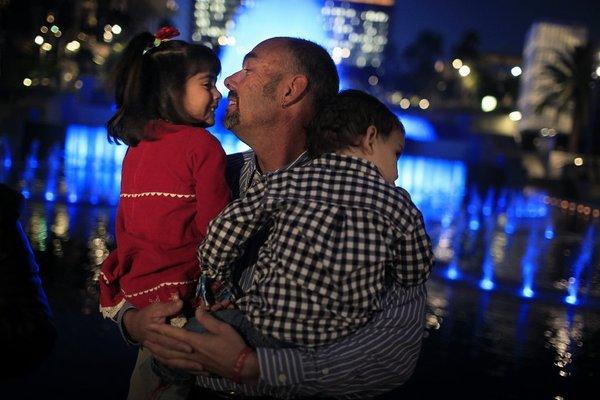 Parenthood is good for your health.

That’s one way of looking at the data in a new study that compares death rates among couples with and without children. After examining data on more than 21,276 Danish couples who tried to get pregnant, researchers calculated that women who gave birth to a child were four times more likely to be alive at the end of the study period compared with women who remained childless. The benefit to men was smaller but still significant — those who fathered children were twice as likely to be alive compared with men who remained childless.

The couples in the study all sought treatment for infertility; some of those who didn’t get pregnant using in vitro fertilization went on to adopt children. These parents also seemed to get a health boost — the mothers in this group were 33% less likely to die compared with women who never had children, and the adoptive fathers were 45% less likely to die.

In a study involving over 26,600 French men, researchers concluded that average sperm count decreased by 32.2% in the past 17 years. We’re sad, but not surprised. In addition to the number of sperm dropping dramatically, the number of normally formed sperm also declined by a third.

University of Sheffield’s Dr. Allan Pacey, however, says the study “does not resolve the issue of whether or not sperm counts have declined or not. If we were to believe the data uncritically, we should put the changes into clinical context: the change in sperm concentration described 73.6 to 49.9 million per milliliter is still well within the normal range and above the lower threshold of concern used by doctors which is suggestive of male infertility (15 million per milliliter).”

The study authors insist in the journal Human Reproduction, however, “This constitutes a serious public health warning. The link with the environment particularly needs to be determined.”

Environmental factors, in fact, like the presence of endocrine-disrupting chemicals, are on our list of possible reasons the sperm count of the French, and Americans, has fallen. December 5, 2012 – FRANCE – The sperm count of French men fell by a third between 1989 and 2005, a study suggests. The semen of more than 26,600 French men was tested in the study, reported in the journal Human Reproduction. The number of millions of spermatozoa per milliliter fell by 32.3%, a rate of about 1.9% a year. And the percentage of normally shaped sperm fell by 33.4%. The average sperm count remained within the fertile range, but experts want to see more research into possible causes. One of the paper’s authors, Dr Joelle Le Moal, an environmental health epidemiologist, said: “To our knowledge, this is the first study concluding a severe and general decrease in sperm concentration and morphology at the scale of a whole country over a substantial period. This constitutes a serious public health warning.”

But Dr Allan Pacey, senior lecturer in andrology at the University of Sheffield, said: “The change in sperm concentration described, 73.6 to 49.9 million per milliliter [on average for a 35-year-old], is still well within the normal range and above the lower threshold of concern used by doctors which is suggestive of male infertility, 15 million per milliliter.” There has much been much debate in the past 20 years over whether sperm quality has decreased, with research supporting both sides of the controversy.

This latest research adds weight to the numerous European studies that suggest one in five young men has a sperm count low enough to impair fertility. Prof Richard Sharpe, from the University of Edinburgh, said: “Something in our modern lifestyle, diet or environment like chemical exposure, is causing this. “We still do not know what the most important factors are, but perhaps the most likely is a combination, a double whammy of changes, such as a high-fat diet combined with increased environmental chemical exposures.”