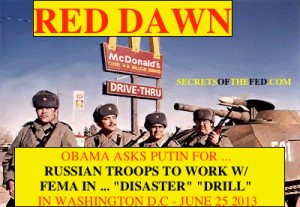 The information has been overwhelming, but we have to remember that in an information war, disinfo runs rampant. The truth is so far diluted that all we can do is speculate. Therefore, speculate is exactly what we will do.

Something is definitely in the works but the question remains:  is whether it’s a natural or man-made disaster, or if this is a huge distraction from something else. With the recent Benghazi situation and the NSA spy-grid controversy, most people are pointing the finger at the recently-issued world-wide terror threat as a distraction. But what if the opposite is the truth? What if all of this whistle-blowing and leaking is the distraction?

The first week of August has really been an incredible one as we’ve detailed here at Truth Frequency Radio. For those of you who need to catch up: FEMA is surveying the inventory of storable food companies, and at the same time preparing for a wide range of natural and man-made disasters, The US declared a world-wide terror alert, 22 embassies were evacuated, classified (and seemingly-legitimate) threats were reported in San Francisco and New York City, the TSA started toning down its’ security measures (despite all the terror “distractions”), and we even presented information that supported the theory of an upcoming false flag at the Denver 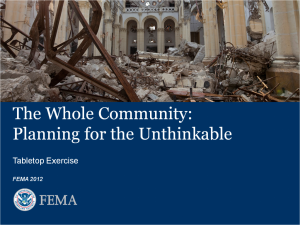 International Airport. This is also not to mention the fact that whistle-blowers are expecting a large natural disaster in the Pacific Northwest in mid August, and the internet is buzzing about the passing of a second sun. What else can we do as analysts but analyze the information?

We here at Truth Frequency Radio seem to be the only outlet pointing to an event at DIA. But the question remains: Why would they stage an event at the Denver International Airport at this particular time?

Let’s say that the information about the second sun is true and it’s about to make it’s passing as many youtube videos and photos are showing. If the government knows that a major natural disaster is about to take place and they need to transport their people into the underground bunkers, what better way to accomplish this than to stage an event at the Denver International Airport to clear out the public? 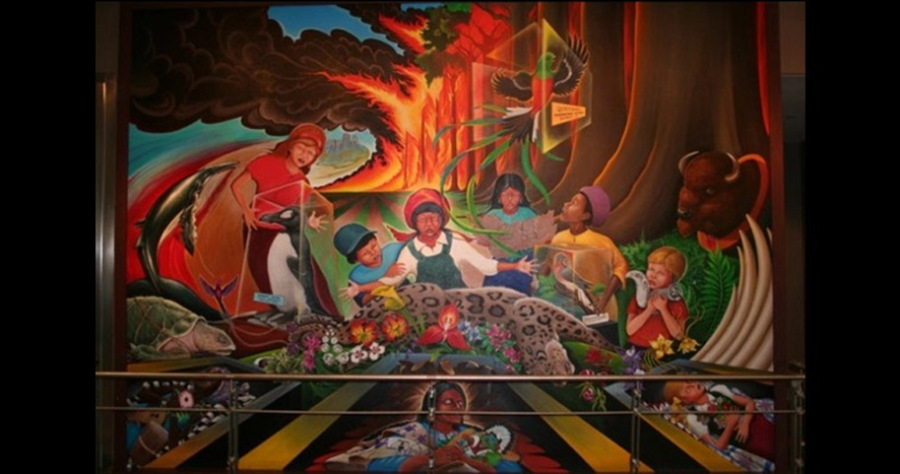 One of the murals at the Denver International Airport portrays a city on fire. Could this be a solar flare? Remote Viewers are pointing to the middle of August as the much-talked-about “kill shot”, the same one that Ed Dames has been discussing for years. We acknowledge that Ed Dames has been wrong on many occasions and I remember hearing about the kill-shot back in the 90’s ; However, this time there are major events also taking place on the sun. 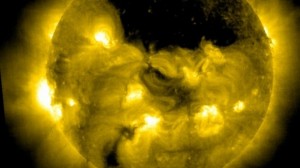 Not only does the sun appear to be missing a large chunk (which is according to a Fox News analyst “hurdling towards us at 2 million miles per hour”) the sun is also set to shift its magnetic poles in the middle of August. While this occurs every 11 years, the hurdling of meteors down to earth remains a mystery. The meteor that hit Russia was under-reported and downplayed by the mainstream media in the U.S. and, in fact, caused damage the size of 4 atomic bombs. Could the world governments be preparing for a similar event, while simultaneously moving “their people” to the underground facilities at the Denver International Airport?

The effects of a kill shot solar flare or large meteor striking near the US would be devastating. Does this explain why trillions of dollars have gone missing and why oil companies like BP and Halliburton (who, ironically enough, have most of the contracts through the Dept. of Homeland Security working with their subsidiary, KBR, to build those “nonexistent” FEMA camps) have moved in so much of a hurry and with total disregard for long-term environmental consequences? Could a second sun explain why the powers that (shouldn’t) be triggered the Fukushima disaster? After all, if a second sun was hurdling our way, the best course of action would be to blanket the sky with barium, aluminum and other radiation-reflecting materials, then blame growing levels of radiation on a disaster like Fukushima. 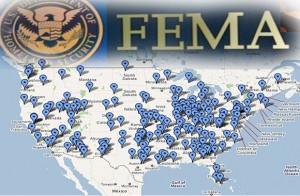 Worst-case scenario, of course, would be total devastation. But why so many FEMA camps with locked doors and barbed wire pointed inwards? Another scenario would be complete annihilation of the electric grid. This would result in no electricity, no gasoline, no fuel to transport food, water supply plants no longer operating, and the eventual meltdown of every single nuclear power plant in the world. Are the FEMA camps designed to lock people up after the disaster when people start to riot due to lack of power and food? Is that what the government purchased 1.6 billion bullets and civilian practice targets for? Also, why was the US Navy issued new maps with areas of blue overlapping what we know of as the coastlines?

Unfortunately this is all speculation at this point in time, but we still continue to see worldwide flooding, tornadoes, wildfires, earthquakes and more almost on a daily basis. However the mainstream media has whitewashed these events and most Americans don’t realize that the world is in shambles right now. Hell, I didn’t even realize the full extent until I watched a couple of youtube videos chronicling the natural disasters on a monthly basis.

We live in interesting times, nonetheless. However, I always have to entertain both sides of the coin. Maybe the trillions of dollars missing, the underground bunkers, the stockpiling of weapons, ammunition, food storage, terror alerts and closing of embassies is all just a distraction from the NSA surveillance grid. Maybe they’re using HAARP and “cloud seeding” to create all of these natural disasters to keep you distracted from Benghazi, which is now admittedly  a staged event. Maybe it’s all a distraction. Or maybe it’s all to keep you in a perpetual state of fear so the rich can keep going to the bank while the poor are being robbed.

NBA Material, Dozens, Routine, golf lessons Standings, Numbers, Shots, Videos However,if workouts is merely your intend, jewel absolutely with respect to body fat impairment, a nutritious physique, and to pay attention to the specific gang of muscles in the human body, you ought to exercise....