Was The Pentagon Involved In the Notorious ‘Facebook Experiment’? 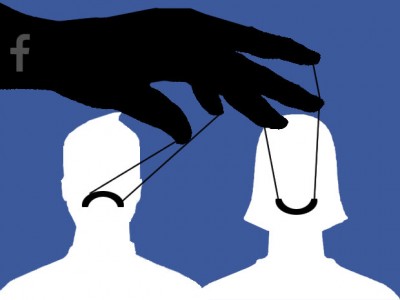 Was there a cover-up surrounding the Pentagon’s direct funding of Facebook’s notorious mass psychological study in order to conceal the fact that the experiment’s true purpose was part of preparations to manipulate public opinion in times of civil unrest?

It now appears as though information indicating that the Department of Defense bankrolled the experiment was scrubbed from an online press release by Cornell University in order to hide the connection.

Here’s what we know for a fact to be true. Facebook’s mass psychological study, which proved that altering a user’s timeline feed was a successful method of causing emotional “contagion” to spread through the social network, was conducted in part by Cornell University’s Jeffrey T. Hancock, who was listed as one of the study’s authors.

According to the Army Research Office’s official website, “Basic research proposals from educational institutions, nonprofit organizations, and private industry are competitively selected and funded,” as part of the Pentagon’s mission of “combating terrorism and new emerging threats.”

However, the text indicating the Facebook study was bankrolled by the Pentagon was later scrubbed from the website, with Cornell claiming it had made a mistake, an explanation that Jay Rosen, Journalism Professor at NYU, finds highly dubious.

“Why do I call this strange? Any time my work has been featured in an NYU press release, the PR officers involved show me drafts and coordinate closely with me, for the simple reason that they don’t want to mischaracterize scholarly work,” writes Rosen.

“So now we have to believe that Cornell’s Professor of Communication and Information Science, Jeffrey Hancock, wasn’t shown or didn’t read the press release in which he is quoted about the study’s results (weird) or he did read it but somehow failed to notice that it said his study was funded by the Army when it actually wasn’t (weirder).”

“I think I would notice if my university was falsely telling the world that my research was partially funded by the Pentagon… but, hey, maybe there’s an innocent and boring explanation that I am overlooking.”

The Pentagon’s involvement with a Facebook study which would have given the DoD a revealing insight into how to manipulate public dissatisfaction via social media during potential civil unrest would not be a surprising move given the Army’s obsession with anticipating domestic disorder.

As we previously highlighted, a 2008 study by the U.S. Army War College’s Strategic Institute warned that the United States may experience massive civil unrest in the wake of a series of crises which it has termed “strategic shock.” The recent Minerva Initiative project to predict disorder and its link to Facebook researcher Jeffrey T. Hancock is also a tantalizing connection.

“So it seems that Facebook and the U.S. military are likely working together to study civil unrest and work on ways to manipulate the masses into apathy or misguided feelings of contentment in the face of continued banker and oligarch theft. This is extremely disturbing, but this whole affair is highly troubling in spite of this,”