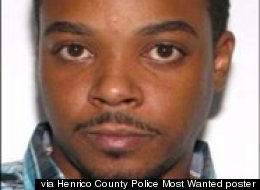 Wafeeq Sabir El-Amin, a rapper from Virginia, attempted to shoot and kill a fellow sleeping rapper while claiming he was to be his “Illuminati sacrifice”. I don’t know if we should blame Hollywood for things like this, the fluoride in the water, psychopharmaceuticals, or just stupid human behavior in general. Wafeeq believed that if he killed his friend, he would become a member of the Illuminati. Correct me if I’m wrong, but in order to get to Illuminati status, you must go through the degrees of Freemasonry, move to the Knights Templar, then if you’re disciplined enough you get invited into the Illuminati.

As time passes and more information comes to surface, I’m beginning to believe that people like Freeman Fly and Mark Passio are correct when they say there is a “light” and “dark” aspect to secret societies. I’ve always believed that it’s not the knowledge that is evil, but rather, what these people do with it. Take electricity, for instance. Electricity in itself is neutral. You can light a room, heat water and build a technologically-advanced society with it. Or you can create a chair that electrocutes people. It’s not the electricity that is evil, it’s what people do with it. But throwing all critical thinking skills out of the window, what did Wafeeq think was going to happen? Did he think the devil would appear after the murder and grant him some kind of illuminated status as a rapper? It blows my mind, really.

As a rapper/musician myself, I don’t see anything “Illuminated” in what rappers like Jay-Z and Kanye West are doing. “Go shorty, it’s your birthday, we’re gonna party like it’s your birthday”. Wow, those are really illuminated and enlightened lyrics. They put my lyrics to shame “Thousand dollar suits won’t fill your empty soul. Wanna be the big fish in a little fish bowl, here we go here’s some truth, take it to the grave. That tie around your neck is a leash for a slave”

Here is the fact of the matter. WE are the Illuminated Ones. Each and every one of us! We hold the power, we always have. The road to enlightenment is one walked with selflessness, empathy, compassion and love for humanity. They see empathy as a weakness, but in actuality, is is the strength. So who is really the real “Illuminati” ??

WHAT IS CPA NETWORKS? CPA networks (or CPA affiliate networks) are generally services in which the advertiser offsets directly for the action performed (order, sale) on your internet site when passing through the delivered traffic channel. According to marketers, this system is actually perfectly suited for B2C (software downloads, payment for once a month subscriptions,...