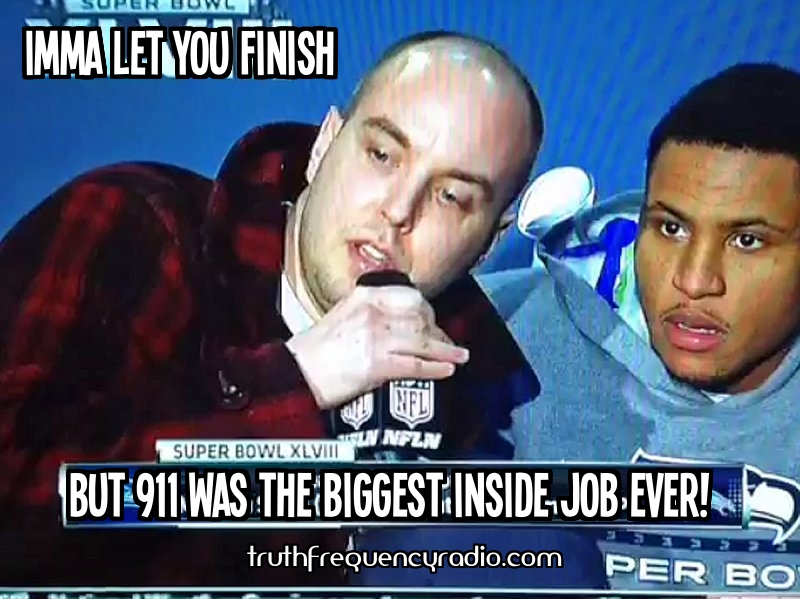 During an interview with Seattle Seahawk’s outside linebacker Malcolm Smith, a man casually walks up, grabs the microphone and instructs the world to investigate 911. I usually cringe when I see “911 Truthers” pulling stunts like this, but I have to hand it to this guy. Unlike many of the videos we see floating around Youtube where “9-11 Truthers” make fools of themselves by yelling like crazy lunatics, this guy was cool, calm and collected. Well done sir! Video is below.

I love Malcolm Smith’s reaction too, as if he’s saying “You just got a little truth, is everyone alright? It’s bread and circuses time. Please excuse the slimeball who made you think. Can we continue with the bread and circuses routine?”

UPDATE: Reports are coming in that the man was arrested, presumably for “exercising free speech” and “inciting critical thought”. Why didn’t Kanye West get arrested when he interrupted Taylor Swift? Oh that’s right, laws are selectively enforced these days (and made up on the spot).