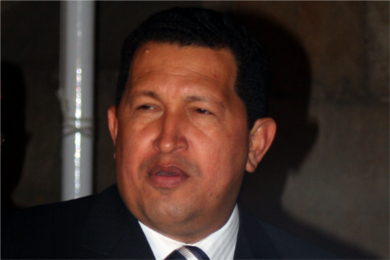 Venezuelan president Hugo Chavez is in an induced coma being kept alive by life support following complications during cancer surgery, it was claimed today.

Sources at the hospital in Cuba where he is being treated told a Spanish newspaper he was showing ‘very weak’ vital signs, adding that doctors could decide to switch off the machines ‘at any moment’.

With rumours swirling that Chavez had taken a turn for the worse, Venezuela’s Vice President Nicolas Maduro said the ailing president’s condition remains ‘delicate’ three weeks after his cancer surgery.