US Military Spends Millions to Study ‘Manipulation of Social Media’ 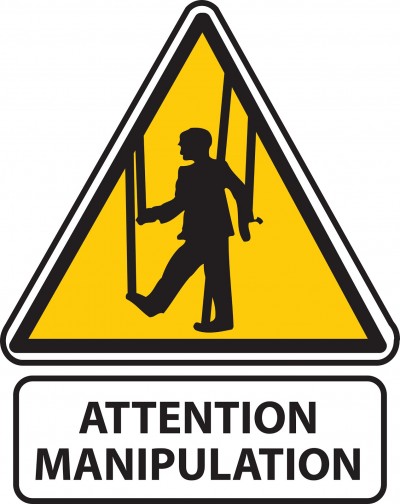 The activities of users of Twitter and other social media services were recorded and analysed as part of a major project funded by the US military, in a program that covers ground similar to Facebook’s controversial experiment into how to control emotions by manipulating news feeds.

Research funded directly or indirectly by the US Department of Defense’s military research department, known as Darpa, has involved users of some of the internet’s largest destinations, including Facebook, Twitter, Pinterest and Kickstarter, for studies of social connections and how messages spread.

Several of the DoD-funded studies went further than merely monitoring what users were communicating on their own, instead messaging unwitting participants in order to track and study how they responded.

The project list includes a study of how activists with the Occupy movement used Twitter as well as a range of research on tracking internet memes and some about understanding how influence behaviour (liking, following, retweeting) happens on a range of popular social media platforms like Pinterest, Twitter, Kickstarter, Digg and Reddit.

Unveiled in 2011, the SMISC [Social Media in Strategic Communication] program was regarded as a bid by the US military to become better at both detecting and conducting propaganda campaigns on social media.

“Through the program, Darpa seeks to develop tools to support the efforts of human operators to counter misinformation or deception campaigns with truthful information.” [“Truthful” as in government-approved? ]

A study at Georgia Tech … concluded: “Breaking news stories and world events – for example, the Arab Spring – are heavily represented in social media, making them susceptible topics for influence attempts via deception.” [We can’t tell if the researchers were pro or anti-deception; but given that the U.S. and Britain have used Twitter to intentionally spread falsehoods in other countries, we can take a wild guess.]

One of multiple studies looking into how to spread messages on the networks, titled “Who Will Retweet This? Automatically Identifying and Engaging Strangers on Twitter to Spread Information” did just this.

This story can only really be understood with a little context:

Postscript:   We explained one aspect of this story – the importance of controlling which stories “go viral” – in February:

The government spends a great deal of manpower and money to monitor which stories, memes and social movements are developing the momentum to actually pose a threat to the status quo.  For example, the Federal Reserve, Pentagon, Department of Homeland Security, and other agencies all monitor social media for stories critical of their agencies … or the government in general.   Other governments – and private corporations – do the same thing.

Because a story gaining momentum ranks high on social media sites.  So it has a high probability of bursting into popular awareness, destroying the secrecy which allows corruption, and becoming a real challenge to the powers-that-be.

“Social proof” is a related concept.  Social proof is the well-known principle stating that people will believe something if most other people believe it. And see this.  In other words, most people have a herd instinct, so if a story ranks highly, more people are likely to believe it and be influenced by it.