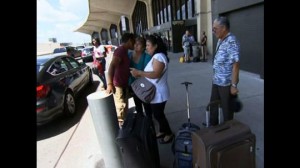 Saturday night Aug. 3, the global warnings issued last week by the US State Department and Interpol against terrorist attacks covering almost the entire Muslim world, suddenly reached the American homeland. Sunday morning, Aug. 4, as US missions closed in 22 countries, including Egypt and Israel, the New York Police Department went on high alert. Security was beefed up in high-profile areas outside houses of worship and transportation hubs, although Police Commissioner Ray Kelly complained that “a lack of specific information was cause for concern.”

Saturday night, National Security Adviser Susan Rice convened security officials on the situation. The White House stated: “Given the nature of the potential threat through the week, Assistant to the President for Homeland Security and counter-terrorism Lisa Monaco has held regular meetings with relevant members of the inter-agency to ensure the US government is taking those appropriate steps.”
Nothing in this statement specified the nature of the “potential threat.”

Sunday, the chairman of the Joint Chiefs of Staff Gen. Martin Dempsey told the ABC that the threat was “more specific than previous ones” and “the intent is to attack Western, not just US interests.” He reported that the diplomatic facilities closed “range from Mauritania in northwest Africa to Afghanistan.”