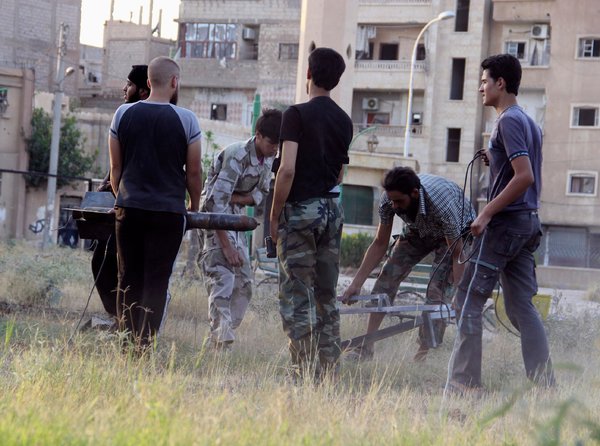 ASPEN, Colo. — A senior American intelligence official on Saturday warned that the Syrian conflict could last “many, many months to multiple years,” and described a situation that would most likely worsen regardless of whether the Syrian leader, President Bashar al-Assad, fell.

The comments by David R. Shedd, the deputy director of the Defense Intelligence Agency, were one of the strongest public warnings about how the civil war in Syria has deteriorated, and he seemed to imply that the response from the United States and its allies had so far been lacking.

Mr. Shedd suggested that in addition to strengthening the more secular groups of the fractious Syrian opposition — which the Obama administration has promised to arm with weapons and ammunition — the West would have to directly confront more radical Islamist elements. But he did not say how that could be accomplished.

“The reality is that, left unchecked, they will become bigger,” Mr. Shedd told the Aspen Security Forum, an annual meeting on security issues. “Over the last two years they’ve grown in size, they’ve grown in capability, and ruthlessly have grown in effectiveness.”

At the forum, of which The New York Times is a sponsor, Mr. Shedd described two different scenarios for Syria’s future, both of which he said portended far more violence and killing.

“If Bashar Assad were to succeed, he will be a more ruthless leader who will live with a legacy of tens of thousands of his civilians killed under him,” he said. President Obama declared in mid-2011 that Mr. Assad had to leave office.

Mr. Shedd outlined an equally grim portrait of a spreading Sunni-Shiite sectarian conflict if Mr. Assad’s government fell or he was killed.

“If he loses and goes to an enclave inside there, I think there will be ongoing civil war for years to come,” he said, noting that more radical elements like the Nusra Front would fight to control parts of the country. “They will fight for that space. They’re there for the long haul.”

Mr. Shedd offered a sobering assessment of America’s ability to draw distinctions among an opposition that he said numbered about 1,200 groups.