By Chris and Sheree Geo

In the wake of a decade of sexual molestation (even going as far as sexual assault), abuse, and violation of our Constitutional rights, the ever-expanding Transportation Safety Administration suddenly wants to know how we feel about it. The same people who consistently hire thieves, murderers, and pedophiles to work for them want to hear the views of the plebs? Did hell suddenly become an ice skating rink?

According to Becky Akers over at Lew Rockwell, this is an open invitation for people to share how they feel about the TSA with the TSA, and the article highlights specific crimes and abuses of the TSA, which is all well and good. They are bad. We get it. However, concerning the actual request for comments, the article only links once to the Federal Register, which confirms that this is indeed true ; However, the subject of the commentary has nothing to do with the abuses of the TSA personnel themselves, it concerns the use of something called “advanced imaging technology (AIT)” (I’m assuming the body scanners they were recently ordered to stop using) on “selected” passengers.

The Transportation Security Administration (TSA) is proposing to revise its civil aviation security regulations to clarify that TSA may use advanced imaging technology (AIT) to screen individuals at security screening checkpoints. This proposed rule is issued to comply with a decision of the U.S. Court of Appeals for the District of Columbia Circuit, which ordered TSA to engage in notice-and-comment rulemaking on the use of AIT for screening. The Court decided that TSA should provide notice and invite comments on the use of AIT technology for primary screening. 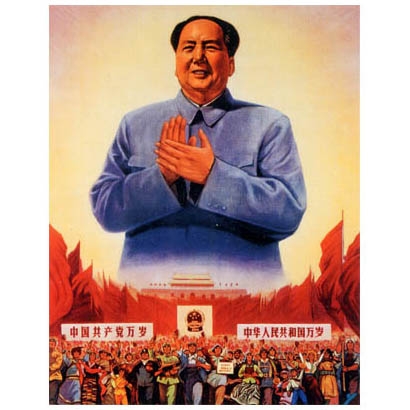 Now, before we get ahead of ourselves, we must remember history. In the 1950’s, Mao TseTung was in quite the pickle.  The “Great Leap Forward” only served to prove his outrageous level of dumbassery and the people of the country, primarily “intellectuals” (like the people reading this article, or like many of the people in the “alternative media”, or even just people who see the world for what it is) were starting to form underground networks, distribute subversive materials, and even develop plans to run away from the prison cities or the collectives they were forced to work on. Mao and his cabinet of ministers instituted the 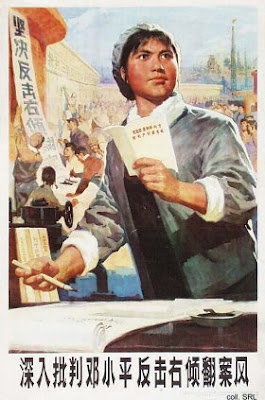 “Hundred Flowers Campaign”: (Forgive the Wikipedia reference, history is history and it’s hard to find good CNN or Fox News articles about something like this ; This is more of a military strategy than anything else, why would they talk about it?)

The Hundred Flowers Campaign, also termed the Hundred Flowers Movement… was a period in 1956 in the People’s Republic of China during which the Communist Party of China (CPC) encouraged its citizens to openly express their opinions of the communist regime. Differing views and solutions to national policy were encouraged based on the famous expression by Communist Party Chairman Mao Zedong: “The policy of letting a hundred flowers bloom and a hundred schools of thought contend is designed to promote the flourishing of the arts and the progress of science”.”After this brief period of liberalization, Mao abruptly changed course. The crackdown continued through 1957 as an Anti-Rightist Campaign against those who were critical of the regime and its ideology. Those targeted were publicly criticized and condemned to prison labor camps.Mao remarked at the time that he had “enticed the snakes out of their caves.”

The first part of the phrase is often remembered in the West as “let a hundred flowers bloom”. It is used to refer to an orchestrated campaign to flush out dissidents by encouraging them to show themselves as critical of the regime, and then subsequently imprison them. (Sources: MacFarquhar, Roderick. The Hundred Flowers, 1960, pp. 3)

When reading the recent Federal Register TSA commentary request, you find that they sure are pouring the fertilizer to “make the flowers bloom”:

TSA invites interested persons to participate in this rulemaking by submitting written comments, data, or views. We also invite comments relating to the economic, environmental, energy, or federalism impacts that might result from this rulemaking action. See ADDRESSES above for information on where to submit comments.

With each comment, please identify the docket number at the beginning of your comments. TSA encourages commenters to provide their names and addresses. The most helpful comments reference a specific portion of the rulemaking, explain the reason for any recommended change, and include supporting data. You may submit comments and material electronically, in person, by mail, or fax as provided under ADDRESSES, but please submit your comments and material by only one means. If you submit comments by mail or delivery, submit them in an unbound format, no larger than 8.5 by 11 inches, suitable for copying and electronic filing.

If you would like TSA to acknowledge receipt of comments submitted by mail, include with your comments a self-addressed, stamped postcard on which the docket number appears. We will stamp the date on the postcard and mail it to you.

The TSA, the DHS, hell, the entire federal government at this point, has lost all credibility. They even admit they have.

The system’s ability to communicate useful information in a credible manner to the public is poor. Significant rethinking of how to communicate to this audience is warranted.
– (Major theme #2, Homeland Security Advisory System Task Force Report and Recommendations, Sept. 2009, p. 1)

The White House itself has stooped so low as to allow more airtime for comments related to “building a death star” than to issues that matter. Someone said recently, “Anytime anything happens now, people are looking for a conspiracy”. Well, maybe that’s because the government’s lied to us about so many OTHER things that the public feels like they can’t trust anything it says about anything anymore.

The most dangerous time comes now, though, because if the federal government and its’ mass media arm knows it’s lost all credibility, they won’t try to court the public opinion anymore, there will be no more niceties, no more sneaking around with our money, surreptitiously devaluing it…no, no, no….that’s for a country about to be imploded. They’ve crossed the Rubicon, now they aren’t going to hold back. Cyprus is the canary in the coal mine, and the public is either going to freak out and run on the banks, causing a crisis, or the bankers are going to pull a Cyprus on us, causing a crisis. But I digress…

Beware the “comment sections”, folks. The government’s not interested in how you feel about them raping you, they’re after the data. And when they’re done selling it to make money, they’ll use it for other, much more sinister purposes. That’s a promise.