Trapped in a Killing Field: MIT study suggests travel restrictions in the event of an epidemic 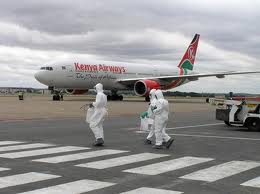 A study published in The Royal Society Interface by researchers at MIT may influence policy as to potential travel restrictions in an epidemic.

The study suggests that such restrictions will slow the progress of a pandemic. What is implicit in the paper’s recommendations is that people may be confined—quarantined in fact—to a heavily affected area, thus reducing their individual chances to survive but also mitigating the spread of the contagion.

As reported in Bioprepwatch, the study “compared contagion rates in two scenarios, one with travel restrictions and one without the restrictions. Previous research showed that individuals who become aware of an epidemic travel by taking the shortest route to avoid infected areas, even if they are already infected. The behavior, known as selfish behavior in game theory, exposes people in uninfected areas to disease.” Using computer modeling, the study tracked a hypothetical infectious disease as it advanced through commuting networks in the contiguous U.S.A.

The study failed, however, to account for or mention the fact that the U.S. has been mined—booby trapped—with bio/chem warfare delivery systems.

Since the early seventies, when President Richard Nixon unilaterally declared the termination of the biological warfare program in the United States, the U.S. government has been stealthily constructing not one but several domestic delivery systems for a biological or chemical weapons deployment. (Source). Briefly, the concerns revolve around the reconfiguration of water systems, vaccines and imposter pharmaceuticals. The best cover for such a deployment would be, of course, an epidemic.