The Threat of Storms Wreaking Havoc in the Arctic Ocean 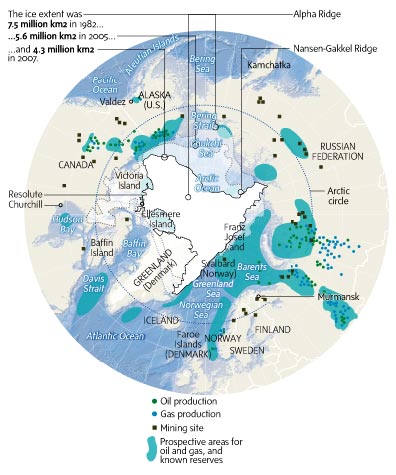 Arctic sea ice extent is close to a record low for this time of the year, as the image below shows.

Furthermore, the current decline in sea ice extent is much steeper than it used to be for this time of the year, raising the specter of sea ice hitting an absolute record low later this year.

Moreover, a total collapse of sea ice may occur if storms continue to develop that push the remaining ice out of the Arctic Ocean into the Atlantic Ocean. 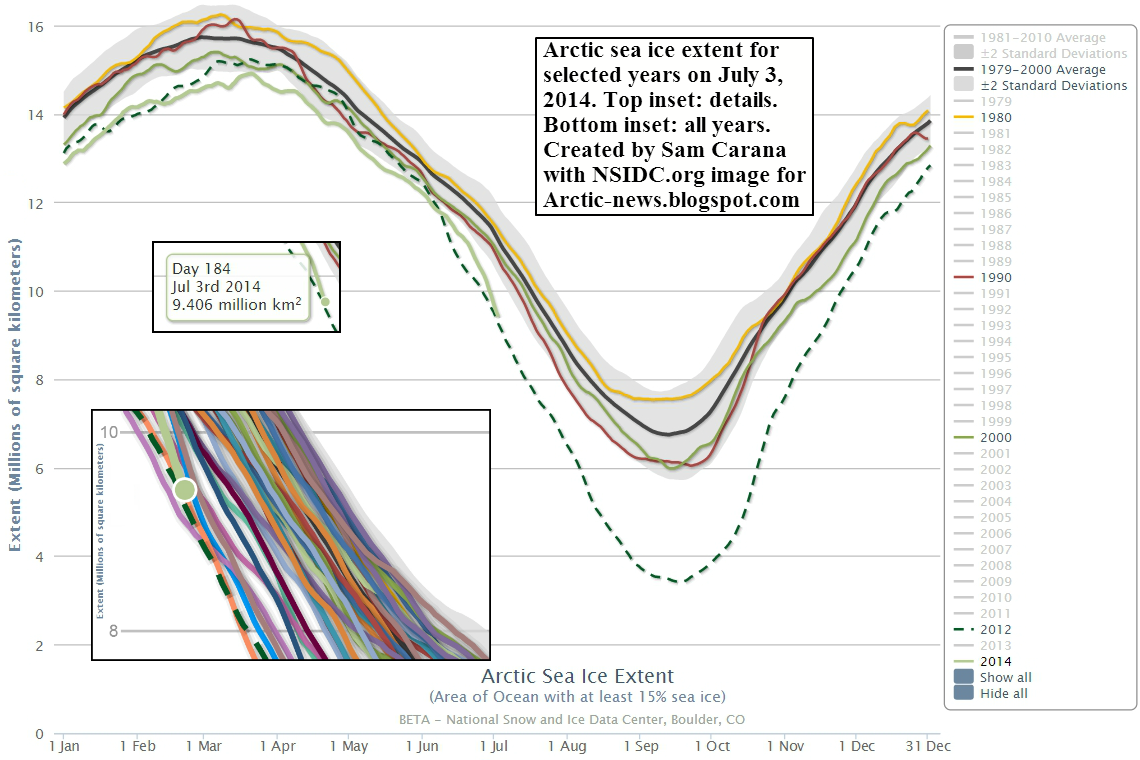 The threat posed by storms is illustrated by the track projected to be followed by Hurricane Arthur over the next few days, as shown on above NOAA image.

The path followed by Hurricane Arthur is influenced by the current shape of the jet stream. As the animation below illustrates, the jet stream looks set to prevent Hurrican Arthur from moving to the east and instead make it move into the Labrador Sea to the west of Greenland and – partly due to the high mountains on Greenland – continue to wreak havoc in Baffin Bay further north.

Last month, the June heat record broke in Greenland. Very high temperatures are currently recorded all over North America, as the image below shows. 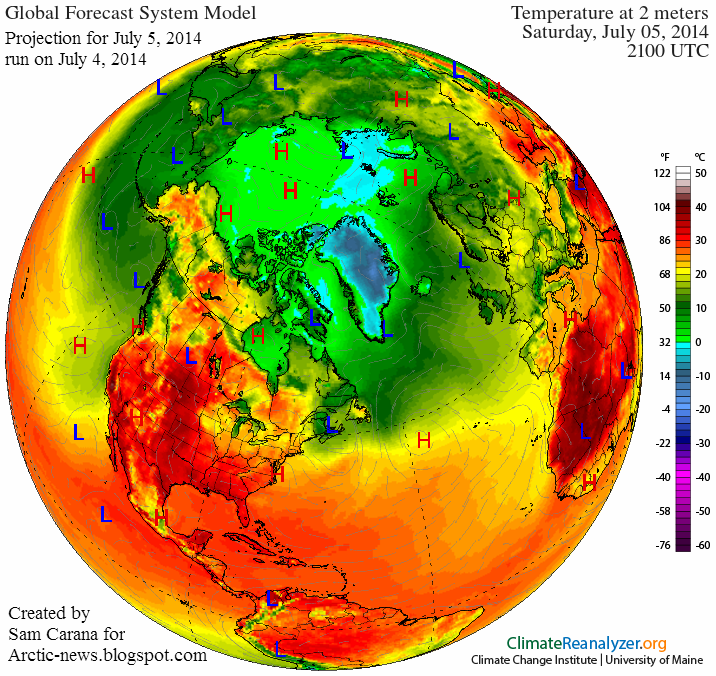 Furthermore, sea surface temperature anomalies in the Arctic are currently very high, as the image below shows. 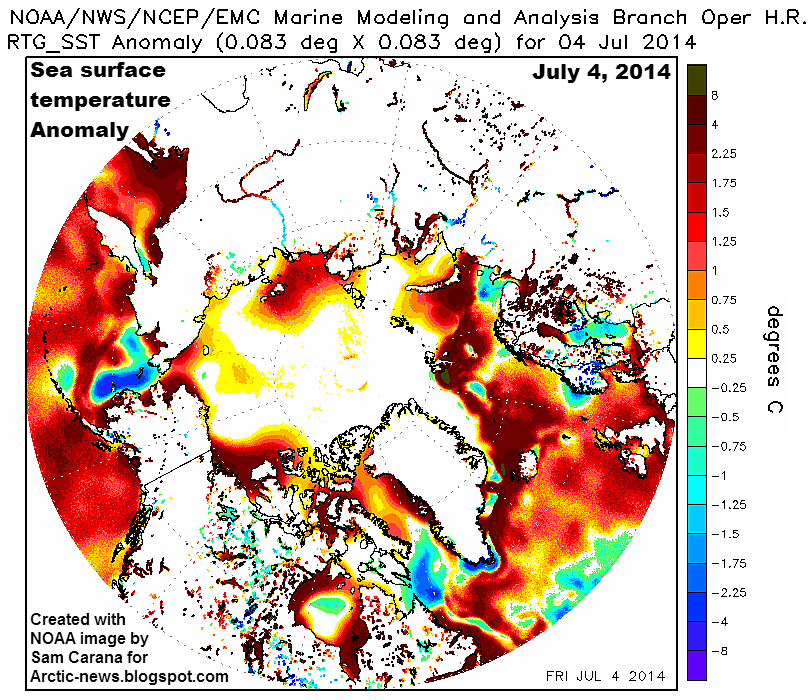 Finally, the sea ice is currently very thin, as shown by the Naval Research Laboratory animation below.

The above animation further shows that there now is very little sea ice left in Baffin Bay, making it easier for storms to cause very high waves that could enter the Arctic Ocean and break the sea ice north of Greenland and Canada.

Arctic sea ice volume minimum is typically reached around halfway into September. This is still months away, but the prospect of an El Niño event striking this year now is 90%, according to predictions by the European Centre for Medium-range Weather Forecasts.

All this combines into a growing threat that hydrates contained in sediments will destabilize and that huge quantities of methane will be released abruptly from the seafloor of the Arctic Ocean. The risk that this will eventuate is intolerable and calls for parallel lines of action as pictured in the image below.