The Secret Meaning of Gmail

Secret Societies and powerful organizations have used their money, power, and influence to weasel their way into positions of power. Members of such organizations seem to be have a foothold in every single important place ranging from political positions in government, CEO’s of multi-national corporations, think tanks, banking, insurance, and of course many are shareholders in some of the largest corporations in the world. Having such influential reach in the most important positions around the world, it is much easier to accomplish hidden agendas than skeptics try and convince you to believe.

For this reason, so-called “conspiracy theorists” have been exposing various conspiracies and hidden agendas for decades. In recent times, these agendas have not only been admitted, but openly talked about and have formed into public policy. Agenda 21, NSA spying and data mining as well as foreign intelligence gathering which likewise collect information and data on their civilians and corporations.

These Secret Societies and occult organizations have inserted their imagery everywhere. This isn’t just some long-shot theory or baseless claim. In fact you can almost predict upcoming events by analyzing popular television commercials, or movies, music videos, and even popular artist performances. in the past these events such as the Super Bowl Halftime show, “they” have openly used the imagery and even seemed to perform rituals out in the open.

The reason I give this background is simply because we usually don’t report on these topics as dozens of other alternative media outlets already do, and do well (and it is a lead up to an article I am doing exposing one of the largest Free-Masonic Blood Sacrifices we have ever seen). Although, I have spent many years studying and understanding the occult because whether you like it or not, it is integral to know and understand in the awakening process. It is the crux of the underlying conspiracy of a world government, and an embodiment of that. In other words, the “Illuminati,” which is often considered to be the “top of the pyramid,” and rightfully so, directs all of the other secret societies which carry out the orders of the “elder’ of the group.

A compartmentalized worldwide organization that as stated earlier, is the embodiment of how a world-government would run. While remaining secret, these organizations all have the same end goal, but with different missions and different skills so as to insert its members in every single key position in order to be able to steer the worldwide agenda in the direction the elite wish — and unfortunately it has been done both covertly and overtly with near perfect success.

The image this entire article is about is Google’s Gmail Logo, but what would an article about Google and the worlds secret societies’ be without an in-depth background and lead up to make my point?

Freemasonry, like many dozens of other secret societies have branches and off-shoots. I won’t get any deeper into it for two reasons. 1. You can literally spend 15 minutes on YouTube and learn more than the average person will ever know, and 2. because it’s not needed for this article.

One of these Freemasonic “sister” organizations (if you can call it that), and I say sister for a reason, is the “Order of the Eastern Star.”

The Order of the Eastern Star is a special part of Freemasonry (again, not sure if I should call it that) because members can be both male and female.

Now, with all this in mind, the final detail I want to add and quickly expand on is imagery and subliminal messaging. Since the Illuminati have a foothold in nearly everything, especially Mainstream Media, they cleverly insert their iconography and used symbolism in so many different ways and in so many different places. It is widely agreed in the research community that the reason for this subtle imagery and subliminal messaging, is to show their power, speak to each other in the form of symbolism and inserted secrets, and it is said that by telling you what they’re planning or doing, they draw power from of ignorance in some strange way. – I’ll leave that one up to the experts.

With that said, here is a blatant, telling example that, well — seems to have been overlooked!

Below is the Gmail Logo. Very nice isn’t it? I mean, it’s so basic and plain it almost bores me to sleep like some abstract form of hypnotism… 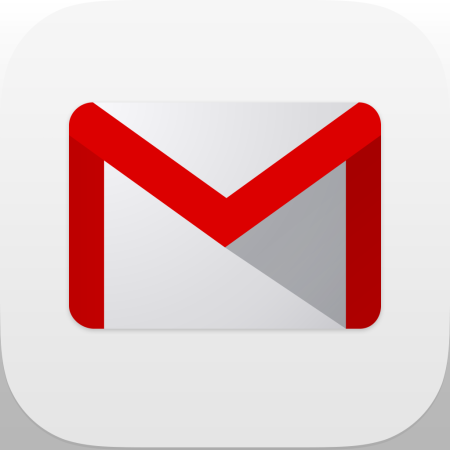 Could that be the point?

So, Google’s Gmail uses that as their main logo for the email service. Take a look at the imagery below and prepare to have your mind ….you know… 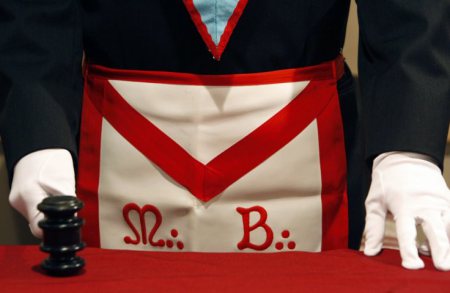 Once again, lets take a look at the Google logo to remind ourselves of the colors used…

Now that it is fresh in your mind, and we have seen the near exact replication of the Masonic apron used as Googles logo, take a look at the logo for the Order of the Eastern Star. 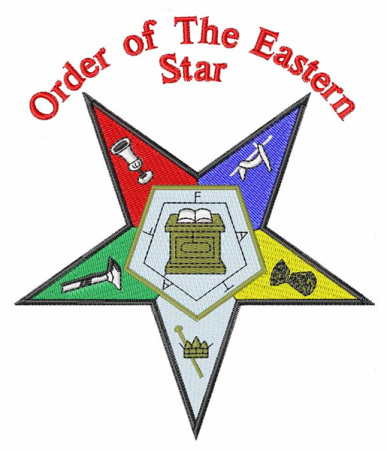 Google has emulated the colors of the famous “inverted pentagram” or “goats head,’ which this 5-pointed star is said to represent.

Unless you have studied Freemasonry you would not know what you’re really looking at. Even then, a rudimentary understanding would overlook this, as it has for many years.

By now you’re probably asking why this matters. The answer is, well maybe it doesn’t? Maybe it does? That is for you to decide. The point is the significance that can’t be made into an opinion given the history, origins, and known goals of these Occult Orders. Freemasonry, and really all of the Illuminati sub-sects are about wisdom, and being the “light of the world” — the Illuminated ones. All of the important knowledge of the universe, history of man, and maybe even one of the most coveted and sought out questions in history, “where do we come from?” is [possibly] known to the elders of the Order.

With that said, Google, being the worlds largest search engine, can be thought of as the worlds brain. Some have even said that Google is almost like the collective consciousness of the internet. Either way, the imagery to me and many who understand secret societies seems to be sending a message. A message that says, “we are here and we the holders of all knowledge of everything, including everything about YOU.”

The meaning of this is ultimately up to you to decide. Well, actually no it’s not. It is up to the Elite as once again they make themselves known, showing they are at least in some kind of control of Google, thus able to have its email logo represent one of the various aprons of Freemasonry.

Thank you for reading!

I am so thrilled with the outcome and will for certain distribute the phrase about your assistance amid my pals!I shift, probably, thirty% of my school assignments to external writers. Masterpapers has the finest types, as proved by their outcomes. Under no circumstances received a bad grade or skipped the because of date, besides, they...