The Pseudo-Legal Arguments for a Police State 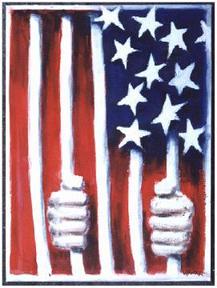 US District Judge William H. Pauley’s ruling in the case of ACLU v. Clapper on December 27, which sanctions dragnet NSA surveillance of the telephone records of the entire country’s population, has immense significance for democratic rights.

Although it is written by a federal judge, it is not so much a legal opinion as it is a fascist-style polemic that advocates scrapping the US Constitution and implementing a police state. The fact that a federal judge makes such arguments is a significant indication of the extent to which a pro-dictatorship consensus has developed within the highest levels of the judicial system.

The entire opening section of the opinion is a self-consciously political case for police state spying and silencing whistle-blowers. Responding to United States District Court judge Richard Leon’s decision earlier this month calling NSA surveillance “almost Orwellian,” Judge Pauley employs the argument that every dictatorship throughout history has made in one form or another: that “national security” and the threat of “terrorism” necessitate the abrogation of democratic rights. This is nothing but a variation on the arguments made by Nazi jurist Carl Schmitt that state interests, as determined by an all-powerful executive (a “fuehrer”), may warrant a “state of exception,” during which the constitution may be suspended and democratic rights trampled upon.

According to Judge Pauley, the attacks of September 11, 2001 more than 12 years ago (which were carried out by Al Qaeda terrorists well known to US intelligence agencies) justify an unprecedented expansion of state surveillance. Relying uncritically on the testimony of senior Obama administration officials, Judge Pauley contends that if the NSA had recourse to its current telephone spying program in the period leading up to September 11, 2001, then the attacks would have been prevented.

The opinion is riddled with lies and distortions. The principal lie is that the actions of the US government are justified by the demands of the struggle against Al Qaeda. This is a claim that cannot withstand scrutiny. The so-called “war on terror” has provided a pretext for the implementation of policies that would not, without the claim of a grave national emergency, be accepted by the public. Moreover, while it is supposedly at war with Al Qaeda, the United States government is currently providing weapons, funds, and even side-by-side military cooperation to its Al Qaeda-linked terrorist friends in Libya and Syria. As the World Socialist Web Site has correctly insisted from the start, the real purpose of the “war on terror” is not to fight Al Qaeda, but to justify militarism abroad and to lay permanent siege to democratic rights at home.

Likewise, the idea that the US government has built up a gigantic spying apparatus in order to catch Al Qaeda terrorists does not pass the laugh test. It is now well known, thanks to the courageous actions of NSA whistleblower Edward Snowden, that the US intelligence apparatus spies indiscriminately on the entire world, including foreign political leaders.

In his opinion, Judge Pauley acknowledges the breadth of the government spying program at issue, only to bluntly contend that government snooping into the telephone records of every American is necessary.

Judge Pauley cites approvingly the testimony of FBI Deputy Director Sean Joyce: “Our mission is to stop terrorism, to prevent it. Not after the fact, to prevent it before it happens in the United States. And I can tell you every tool is essential and vital. And the tools as I outlined to you and their uses today have been valuable to stopping some of those plots. You ask, ‘How can you put the value on an American life?’ And I can tell you, it’s priceless.”

The basic conception of the American Constitution is that the natural tendency of government towards tyranny can only be blocked by a careful separation of powers and iron-clad rights watched over by a vigilant public. In this spirit, the American revolutionaries wrote the Fourth Amendment, part of the Bill of Rights (1791), which clearly provides: “The right of the people to be secure in their persons, houses, papers, and effects, against unreasonable searches and seizures, shall not be violated,” requiring each government search or seizure to be backed up by a particular warrant supported by probable cause.

As the ACLU pointed out in its brief, the government’s warrantless gathering of telephone records on the entire population can “reveal a person’s religion, political associations, use of a telephone-sex hotline, contemplation of suicide, addiction to gambling or drugs, experience with rape, grappling with sexuality, or support for particular political causes.” In the final analysis, Judge Pauley spends 55 pages arguing what is on its face a gross absurdity: that the collection of every single American citizen’s phone records is “reasonable” under the Fourth Amendment.

Pauley’s legal reasoning, insofar as there is any at all in his opinion, is a patchwork of sophistic arguments, citations twisted out of context, and lies. The Foreign Intelligence Surveillance Act (1978), which was designed to regulate (or give the appearance of regulating) the intelligence agencies, is turned upside down and morphed into a blank check for unlimited spying. Pauley also argues that whenever a person uses a telephone, he or she “voluntarily” surrenders his or her rights to privacy. A person presumably makes a similar “voluntary” choice when using a car, a computer, a GPS device, a television, a bank, a hospital, a hotel, a webcam, a post office, and so forth.

The contrast between the conceptions of the American revolutionaries who wrote the Bill of Rights and those of Judge Pauley could not be more stark. The revolutionaries called for eternal vigilance against tyranny, swearing to choose liberty over death. Judge Pauley tells us instead to trust the government without question. The government is made up of good people: patriots and professionals. They know what they are doing. If they are secretly taking away our liberties, they must have a good reason for it.

Notwithstanding its pretensions as the leader of the “free world,” the United States government has a rather deplorable record. Over the past hundred years: legally sanctioned segregation, lynching, mass roundups and deportations (as in the case of Japanese-Americans in the Second World War), infiltration and surveillance of dissenting political groups, Red Scares, war crimes, corruption, criminality, coups, assassination, torture, lies (“weapons of mass destruction”; “if you like your plan, keep it”), and on and on. To argue, as Judge Pauley does, that whatever the government says must be true, and that the defense of democratic rights can be safely left in the hands of the military and intelligence agencies, is to abandon democratic rights altogether.

The judge’s ruling essentially denies any possibility of a conflict between the rights of the people and the interests of the state. Judge Pauley quotes the 9/11 Commission Report: “The choice between liberty and security is a false one, as nothing is more apt to imperil civil liberties than the success of a terrorist attack on American soil.” In other words, as long as the government claims to be fighting terrorism, it may ignore the Bill of Rights.

In the aftermath of Judge Pauley’s opinion, it is reasonable to pose the question: is the Bill of Rights still operative in the US? If the Fourth Amendment does not prevent government spying on every American in the country simultaneously and without a warrant, then what exactly does it prevent?

The American ruling class knows that its policies (plunder abroad, plunder at home) are unpopular. It is desperately afraid of a popular movement from below, and for this reason it dreams of a future where the Bill of Rights does not apply. In this future, cities can be locked down by executive order, and dissenters (labeled “terrorists”) may be summarily seized from their homes, thrown into prison, tortured or assassinated. Judges will defer to the executive and military powers, especially where “national security” is alleged to be involved. The courtroom will be relegated to a rubber stamp assembly line.

Judge Pauley’s ruling underscores the degree to which this dream is becoming a reality. Advocates of totalitarianism already permeate the state apparatus. This month, former CIA head James Woolsey declared: “I think giving him [Snowden] amnesty is idiotic. He should be prosecuted for treason. If convicted by a jury of his peers, he should be hanged by the neck until he is dead.”

This is the language of fascism and of a police state. Such statements, which find practical application in the ruling of Judge Pauley, should be taken as a grave political warning. American democracy is rotting on its feet. The drive toward dictatorship can be stopped only through the united action of the working class.

5 Benefits Of Psychics Online That May Change Your Perspective

Established in 1999, Kasamba has become the planet ‘s biggest and most popular site for trusted psychic readings. At the moment , we need contract psychic readers to see during our very busy weekends. Psychic White Witch Sophia is the master of eliminating evil spells which were cast by an enemy, removing The Evil eye,...