The Mushroom that Shows Promise Against Cancer

When we think of cancer in our Western world, we tend to think of harsh chemicals or toxic radiation as the treatments. But promising new research published in the journal Phytomedicine suggests that we might want to give serious consideration to the humble mushroom cordyceps that quietly rears its head deep within our forest floors.
Cordyceps (cordyceps militaris) is also known as caterpillar fungus and has been used for thousands of years in Chinese medicine as a lung and kidney tonic and for loss of stamina, fatigue, shallow breathing, wheezing, and as an aphrodisiac.
According to the Phytomedicine study on human leukemia cells, a compound found in cordyceps known as cordycepin seems to have a toxic effect on cancer cells while also causing cancer cells to commit suicide—a process known as apoptosis, without having a toxic effect on healthy cells.
The study examined the anti-cancer properties of a tea made from the mushrooms versus the mushrooms themselves and found that both had anti-cancer activity but the actual cordyceps mushrooms had stronger activity. There are many different types of products on the market including: powdered, tea, alcohol extract (tincture), dehydrated whole cordyceps, glycerine extract (glycerite), and capsules.
Additional earlier research in the Japanese journal Fitoterapia has also shown that cordyceps works against cancer in many different ways, including:
Research in the journal Environmental Toxicology and Pharmacology showed that cordyceps was also effective against prostate cancer. A study in the journal Food and Chemical Toxicology found cordyceps to cause lung cancer cells to die. Other research found that cordyceps reduced cell growth of a type of skin cancer known as melanoma.
Earlier research in the journal Biological and Pharmaceutical Bulletin found similar anti-cancer activity in an herbal tea made from dried cordyceps mushroom. The researchers found that, like the Phytomedicine study, cordyceps caused cancer cells to commit suicide, suggesting a sixth method by which the mushroom works against cancer (apoptotic).
According to mycologist, herbalist, and author of The Fungal Pharmacy Robert Rogers, “(the mushroom) has a spicy, cinnamon fragrance that lends itself to soups and broths.” If using cordyceps in capsule or supplement form, 600 mg/day is a common therapeutic dose. Be sure to choose a supplement that is a 5:1 extract to ensure a high potency product. Select one that is confirmed organic cordyceps sourced from a clean location. Consult your doctor before using.
Source 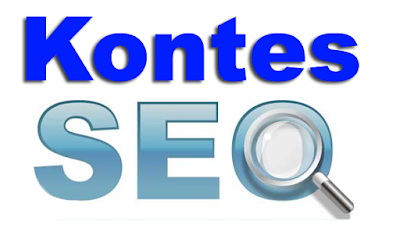