THE DIGITAL HOLOCAUST & HAARP IS BACK! >> 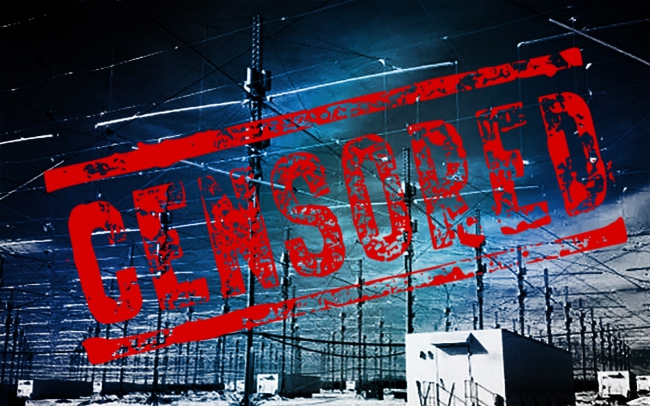 Kenneth Webb joins me on a night when Johnny Whistles got his by “internet problems” just prior to us going on air – the reason i use quotations is because of the topics we were about to get into – censorship of alternative media on the net! Yes, if we were paranoid we might think the guys & girls at GCHQ were having a laugh with us by cutting Whistles off, but hey, these things happen…. right? RIGHT?

No fear, the censorship topic gets covered and Kenneth & I explain why we think there is such a push to silence the biggest in alternative media, and its all unfolding right now at this time. We discuss Alex Jones & Mike Adams recent run in with the Ministry Of Truth that is alive & well on the internet.

Then in part two we open with a story that will make your blood boil & we ask why people are not out on the streets by now? Could it be mass mind control that keeps people passive against things that matter, while at the same time they react to causes that are meaningless and insane? Well, just so happens HAARP, the mind & weather manipulation tool, is back on and running hot again!

To round off the show we get into the announcement that there will be not one, but two, missions to the moon next year! Elon Musk & NASA are eyeing lunar mission in 2016 & we think Kenn Webb, myself & the rest of the Woo Crew should be given a seat just so you can trust any info that is sent back!