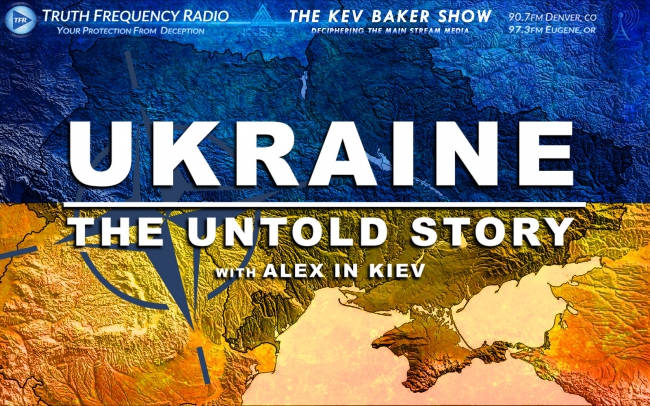 Over the past few months, KBS has been guilty of taking its eye of many big stories around the world as we concentrated on the election of Donald Trump. One of the main issues we neglected to cover was what is going on in Ukraine.

In this episode we are joined by our good friend Alex in Kiev to bring us up to speed with the latest, dire developments. Listen as Alex describes first hand what its like to be living in a war zone… A war zone that is EASTERN EUROPE!

We discuss the politics, the military build up, NATO & get Alex to give his opinion on where its all going.

Then we move into today’s news that the UK parliament crossed another hurdle on our way to leaving the EU. Will they really let us leave the globalist superstate?

As we round out the show, we get into a very philosophical discussion on where humanity went wrong when we started to adopt a pyramid system of power with some at the top ruling over all of those, and us, under them. We talk about alternative systems to the monetary one we are all so used to. What would a world without money look like? We also get into where we actually come from… God? Aliens? Are they one & the same? Are we genetically engineered to be reliant on rulers & money?
We also look at some out of place footprints dating back over 200 million years ago!

All this and more on the fastest hour in radio!