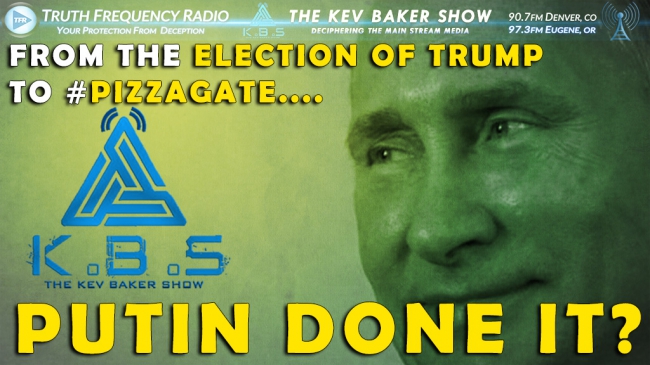 Everywhere you turn right now, anything at all that is happens, one man seems to get the blame…. VLADIMIR PUTIN!

The anti-Russian propaganda is reaching an all time high with the powers-that-shouldn’t-be claiming there was interference in the election of Donald trump via cyber attacks & fake news.

We cover how all of this is an attempt to scupper the election of Trump, or if that cant happen, drag the US into civil war followed by a global conflict with Russia.

I also go over what may be a future attempt to cover up the #pizzagate issue by covering a story in the NYT that goes onto to make a case for Russia using child pornography against opponents of the state & Vlad himself. Could it be that in the days ahead we will see the CNN’s & MSNBC’s telling the masses that the dodgy Podesta emails that led to some of the darkest information imaginable was all part of a Russian hack to demonise Clinton & win the election for Trump?

Further more, this isn’t the first time the NYT of its CEO has taken a questionable stance when it comes to covering allegations of satanic acts amongs the worlds rich & elite!

They call us fake news, but we are not the ones making this up, listen in to find out why!