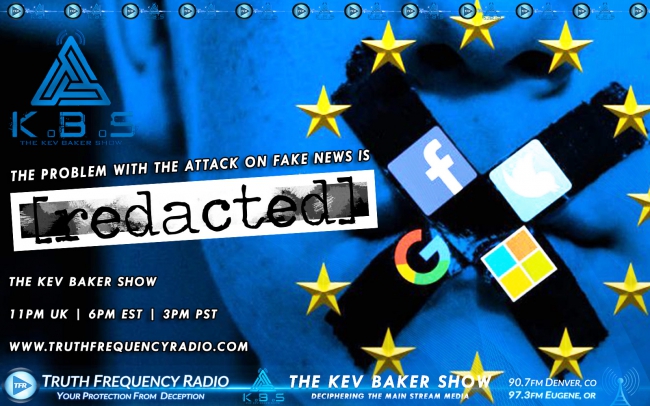 Kev & Johnny discuss the war on fake news with the EU wanting laws put in place to go after social media sites if they dont remove posts they deem “hate speech” & the potential for them to criminalise saying anything that is opposed to the state-approved narratives ie PROPAGANDA!

In the second half of the show we discuss the massive earthquakes that occurred around the ring of fire earlier in the day with a 6.5 magnitude quake striking off the North Californian coast that was followed in the hours after by a massive 7.8 magnitude earthquake that hit the Solomon Islands.

We get into what may or may not be causing the uptick in earthquakes & discuss HAARP (High Frequency Active Auroral Research Project) with its relation to man-made quakes.

Then, Anthony Patch joined the guys to give his take on the earthquakes. He explains how CERN may be connected to the massive quake around the solomon islands as it is the antipodal point on the globe from CERN.

Could stranglets have caused this earthquake?

All that and more on another fast hour of fun & information on The Kev Baker Show!