Forget LIVE, Lets Do This On The Fly! >> 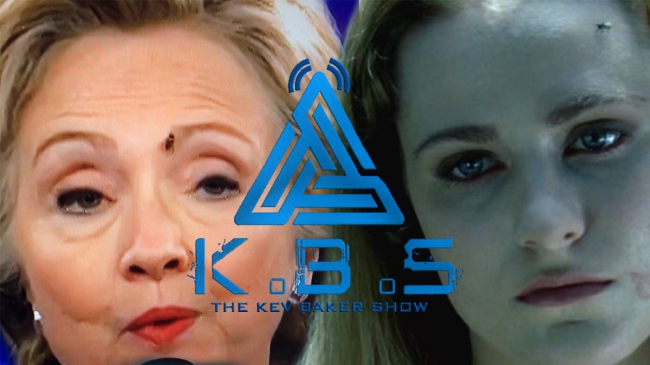 Johnny Whistles & I go over the news that trolls in the UK could face jail – but wait, when they say “trolls” they actually mean anyone posting offesive hashtags or using photoshop to create “offensive” memes! They are going to use this to come after all of us for daring to hold opinions contrary to those of the government!

Then we take a look at a potential surveillance program running out of CERN in conjuction with the UN’s UNITAR program! They dress this up as some kind of humanitarian garbage & that they can monitor movements of people ie refugees & to help combat climate change, blah blah, but in reality it is feeding the D-Wave AI & using it to construct VR programs such as the SWS – Sentient World Simulation.

We go on to discuss the robots that will be controlled by the AI & use the new HBO show Westworld as an example of the technology we are now building. Think robots that look just like us & aren’t even aware of being robots!

In the show there is a fly that shows up from time to time, just like the one that was so interested in Hillary at the recent debate & we draw comparisons that will blow your mind! Has the real Hillary been replaced by a robotic version? Was the fly a devine message pointing out that all may not be what it seems with the Presidential candidate?

Then in part two we cover the announcement from Obama that he is determined to see mankind colonise the martian surface in his life time. The US government are going to team up with private corporations to make this a reality – however, dont forget this one amazing point – that Obama has already been to Mars!

Buckle up, we hit warp speed right out the blocks…

Lets do this on the fly!!

We go over a document prepared by the UK Ministry Of Defense which takes a look at the time from 2020 – 2050 & gets into the world of Human Augmentation. This document goes over technologies such as CRISPR, gene modification & brain chip interfaces as a way to augment not just military, but society...

Steven & Evan Strong join me all the way from Australia to discuss all their latest research including more information about the UFO that was seen over Ulura during the ceremony that took place towards the end of last year at the sacred site in Australia. Many have questioned the veracity of the claims about...

No topics planned, nothing scripted, just two guys talking & what a fascinating discussion it turned out to be...

In this episode i game theory out the possibility we are being lined up for the ultimate deception – a fake alien invasion or even the coming of the alien antichrist. Bill Bean joins me in hour 2 to discuss the details of Project Blue Beam & the tell tale signs he sees that point...

Wuhan Lab & The Bioagent On The Loose

Dr Kevin McCairn is my special guest & we get all the latest on the COVID 19 situation. Kevin, a leading neuroscientist previously worked at the South Korea Brain Institute, and has been coming on to the show to give us regular science updates on what he is seeing playing out with Covid. We discuss...