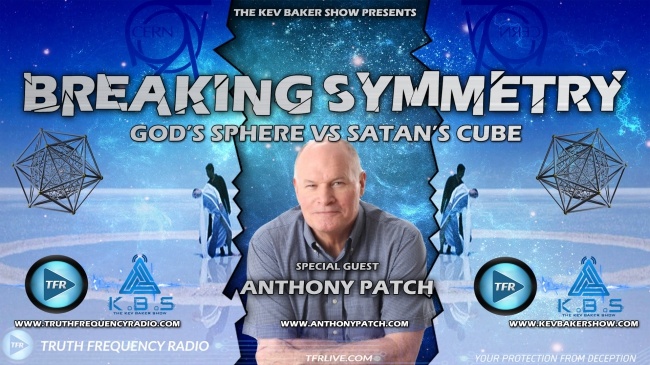 This is a story of God’s Sphere Vs Satan’s Cube.

Author, researcher, public speaker & the worlds leading CERNologist, Anthony Patch is back on the show to continue our series of ground-breaking discussions on CERN, quantum computing & the opening of portals to the other dimensions that lay beyond ours. We build upon the previous shows by picking up with the 4096 D-Wave quantum computer and how that number relates to the quantum key that will unlock the dimensions.

We begin by talking about that strange video that CERN produced last year entitled “symmetry”. Symmetry is something that the scientists are trying to rip apart in there attempts to create the portals they often speak of. The video should actually have been called BREAKING Symmetry, for that is their goal!

We take it even further in this show as Anthony Patch lays out his model of the universe. This is a competing theory to that of the “big bang” and is based on a 600 cell tetrahedral sphere. Anthony first wrote about this in 2012 in his book “Covert Catastrophe” and since then there have been scientific papers that have put forward evidence that supports Anthony’s theory! Incase you missed that… Tony came up with the idea in 2012 & more recently the scientific community have produced research & papers that suppert this!

Tony describes how in nature we see symmetry everywhere, from the micro to the macro, as above – so below. This is in direct opposition to the “cube” system that the occultists are obsessed with. Its literally God’s Sphere vs Satan’s Cube!

All this and more from one of our good friends Anthony Patch!