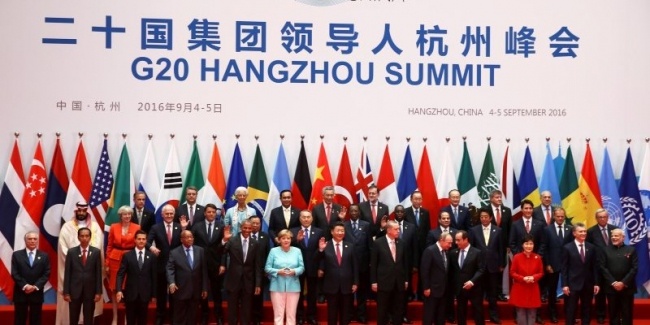 The G20 world leaders, or the Scooby Doo bad guys as I call them, are gathered in China for the annual get together of the evil cabal. Nanogirl goes over the interesting incident on Air Force One’s landing in China & the signals it sent out around the world about just where the Chinese place his, and the USA’s, importance right now.

The Filipino president is no fan of the Obamanator either, calling him some colourful names that has led to a delay in the two leaders sitting down for face-to-face meetings. The Filipino president is adamant that he works for his people & doesn’t take kindly to be told what to do or be criticised by anyone! Much fun n games on the geo-political stage right now!

The Hillary health conspiracy is still raging & in a recent public speaking event in Ohio, Cleveland, the would-be first femal POTUS took a really bad coughing fit in front of the camera’s, not once, but multiple times. We question her ability to be president if she is as ill as it appears.

Then we get into the tech, robots & AI. The pentagon are concerned about A.I., and if they had been listening to Nano they wouldve realised the dangers long ago! The royal navy in the UK are testing autonomous speedboats as we go terminator over in the UK. Where does it all lead to? Who only knows…

Another amazing hour of info & fun with our sister from the Valley, NANOGIRL!