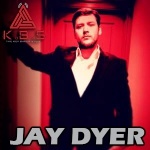 Jay Dyer is on KBS and we get into the esoteric and dark side of Hollywood. We get into the intelligence connections to the film industry, and how the two are closely intertwined.

That launches us into a fast paced conversation that takes a look at the pentagon connection to movies, the secret societies around the industry, the cults, scientology, predictive programming, sex, Kubrick, Sci-Fi, J.J.Abrams & listen, theres so much more i can barely remember, so im off to listen again!

Jay Dyer is a writer and researcher from the Southern US who obtained his BA in philosophy, while his graduate work focused on the interplay of literary theory, espionage and philosophy. His website, Jay’s Analysis, is dedicated to investigating the deeper themes and messages found in our globalist pseudo culture, illustrating the connections between philosophy, metaphysics, secret societies, Hollywood, psychological warfare and comparative religion. This year Jay will have a book out called ESOTERIC HOLLYWOOD – SEX, CULTS & SYMBOLS IN FILM!