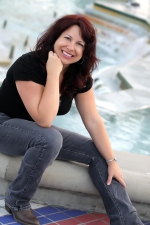 Marie D. Jones has an extensive background in metaphysics, cutting edge science and the paranormal and has worked as a field investigator for MUFON (Mutual UFO Network) in Los Angeles and San Diego in the 1980s and 1990s.

Marie has been on television, most recently on the History Channel’s “Nostradamus Effect” and “Ancient Aliens” series, and served as a special UFO/abduction consultant for the 2009 Universal Pictures science fiction movie, “The Fourth Kind.” She has been interviewed on hundreds of radio talk shows all over the world, including Coast To Coast

She co-authored, “SUPERVOLCANO: THE CATASTROPHIC EVENT THAT CHANGED THE COURSE OF HUMAN HISTORY” written with her father, geophysicist Dr. John M. Savino, and “11:11- THE TIME PROMPT PHENOMENON- THE MEANING BEHIND MYSTERIOUS SIGNS, SEQUENCES AND SYNCHRONICITIES,”

Now adays she is working with her co-author Larry Flaxman and tonight we will be discussing on of those book…..

Mind Wars: A History of Mind Control, Surveillance, and Social Engineering by the Government, Media, and Secret Societies