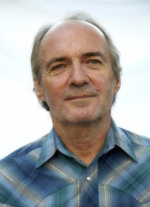 Scottish John is an activist living in Austin, Tx. Kev & Marty get John to tell them about his background, growing up in Scotland and moving to Ireland in 69, the start of the troubles. The Catholic/Protestant divide is something that exists to this day, even in the West of Scotland and the guys discuss this and how the elites use situations like these to their advantage.

John tells us about how he found out about the Federal Reserve, and came across Alex Jones, and how this led him into coming to the realisation everything is upside down and back to front.

The Police State is building up and we get John to tell us what its like as someone from outside the USA living there and watching the 4th Reich building up around them.

The discussion also covers topics like monsanto, and John tells us how he was MADE to get vaccines that left him with ill health and how that ended up with him on the nasty prescription drugs.

Tune in for what was an epic broadcast. Scottish John is a true warrior and KBS are proud to stand alongside and fight with men of his ilk, as opposed to living on our knees as slaves to the system and its overlords.