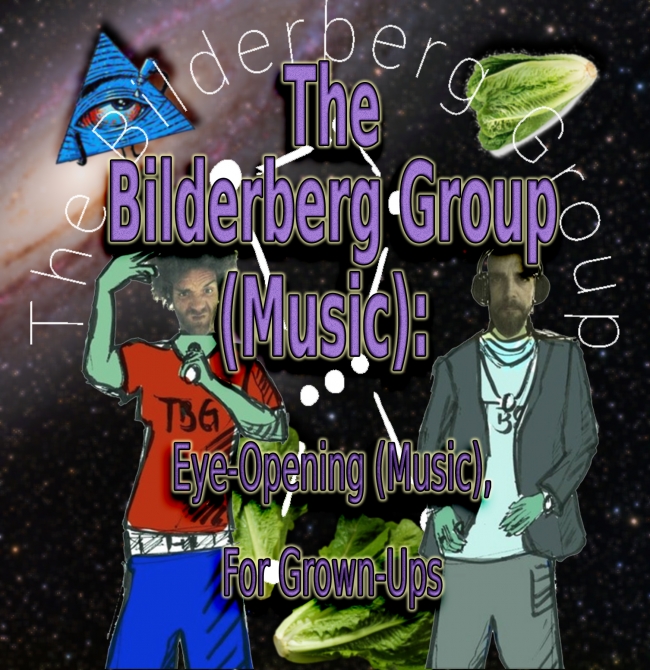 Today we are joined by Guy Williams, singer, and potent poet for the music group The Bilderberg Group (Music). If you are not familiar, it is worth your time to take the time to make some time to catch their rhyme. Here is their gig, in their own words:

“When you can no longer find the music you like, make your own.”

That is what Guy Williams (* December 25th, 1978), a poet from Detroit Michigan and German-based producer extraordinaire “Charles” S. Kuzmanovic (* September 11th, 1973) decided to do. Both men were sick of the same old thing, heavy bass with nonsense lyrics, finding they were just “too old” to relate. TBG have this one thing on their mind: “smart” music that still “sounds cool”.

They both met in 2006 on Myspace, yes – they have never met in person – and decided to start working together. Within 7 months, they produced an album: Project Radar – Chips in the Surface. Then, they decided to focus on their own projects.

In July 2016, they formed The Bilderberg Group. Within 1.5 years, they managed to record 43 tracks. (39 original tracks, 4 cover versions).
Their music body-count now stands at 59.
-Who has two thumbs and knows who “THEY” are?? This Guy!
-Decline the silent acquiescence of the hip-hop head-nod!
-What if the Elite are on OUR side?
-Earth, under the dome, is the ultimate reality show.
-The Eye Of Providence has gazed into Guy’s soul…hear the tale!
-Mad Mike Hughes did it…meh.
-Guns are not the enemy.
-“Space Lettuce” of the Day.

“Land of the Free… Home of the Bullshit”

We roamed the plane this morning…lots of topics…lots of fake crap to wade our way through…we get lost in TV Land for a bit…take a detour through Covidia…return to space for a clown or 2…or 3…or 30…or 1000s…we take about knitted art playgrounds…yeah, really….see the link…there are new drivers…Bdays…music…we use a LOT of ellipses&...

Time isn’t real. Here’s how people capitalized on that. https://www.popsci.com/story/science/how-we-keep-time/ Tunguska event may have been caused by iron asteroid that went back into space, researchers say https://www.foxnews.com/science/tunguska-event-iron-asteroid-went-back-into-space SpaceX’s Mission Space-suits Will ‘probably’ Be Available As Merchandise, Says Elon Musk https://www.republic...

6 wild things we spotted during SpaceX’s 1st astronaut launch attempt https://www.space.com/spacex-wild-things-nasa-demo-2-astronaut-launch-countdown.html Earth’s core: what lies at the centre and how do we know? https://www.sciencefocus.com/planet-earth/what-is-at-earths-core/ LIVE UPDATES: Twitter rebukes Trump for posts calling George Floyd protesters ‘THUGS’ and threatening to send the Nationa...

POT BROTHERS AT LAW ONE MINUTE TIP OF THE DAY A Secret Space Plane is Carrying a Solar Experiment to Orbit https://www.wired.com/story/a-secret-space-plane-is-carrying-a-solar-experiment-to-orbit/ Sunday’s launch of a secret space plane produced some eye-catching images https://arstechnica.com/science/2020/05/dont-miss-these-dazzling-images-from-sundays-launch-of-a-space-plane/ Colonizing Mars may require humanity ...

17 facts you never knew about astronomy and space https://www.skyatnightmagazine.com/space-science/facts-about-astronomy-space/ Sunday’s launch of a secret space plane produced some eye-catching images https://arstechnica.com/science/2020/05/dont-miss-these-dazzling-images-from-sundays-launch-of-a-space-plane/ NASA Scientists Might Have Found a Parallel Universe ‘Next to Ours’ After an Antarctica Experi...