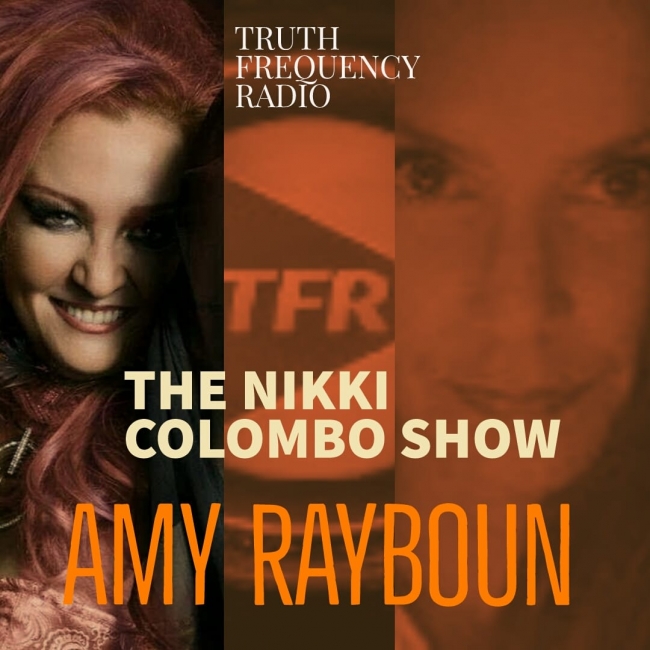 Tonight i talk to special guest Amy Rayboun about TI aka Targeted Individual. Amy Rayboun ~ TI investigator, researcher, and advocate
for Targeted Individuals (TIs) all over the world. She has been investigating TI cases for five+ years and has advocated and acted as
a platform on behalf of TIs for a one+ year. When she became a TI
investigator and researcher she was a member of the collective group,
Anonymous. During my stint in Anonymous,I took on the role/job as a
hacktivist and researcher. A hacktivist strives to hack for the good
of humanity, for justice in exposing corruption, and for exposing
covert war crimes against innocent people. “My specific duties as a
hacktivist included the exposing of covert war crimes committed by the
government, the exposing the operatives utilized to commit war crimes
against humanity, the exposing persons who perpetrated the corruption
of war crimes, and the identifying the alphabet agencies and sectors of
the government involved in the war crimes committed against humanity,
technically, my hacktivism in Anonymous is what led me to my work on
behalf of TIs and the TI community. Due to my hacktivism shifting from
anonymity to Targeted Individuals, I chose to leave Anonymous.
Presently, I work on over 40 Targeted Individual cases worldwide. I
work with Targeted Individuals (TIs) from Africa, Japan, Denmark,
Haiwaii, United States, Venezuela, Syria, United Kingdom (Great
Britian), Russia, China, etc…one thing i enjoy most being a TI
investigator, researcher, and advocate is not only working with TIs
all over the world; but i am blessed with the opportunity to work with
some of the most intelligent, diverse, kind, ambitious, brave,
talented, skilled individuals. in working together, Targeted
Individuals and myself have achieved some significant accomplishments.
a few of the most critical accomplishments achieved in working with TIs
are the following: the identification and exposure of the main
‘program’ as Joint Non Lethal Weapons Program (JNLWP) in which ALL TIs
are blacklisted in; the identification of several warfare tactics,
techniques, and inducements that JNLWP executes; and the
compilation/creation of the list called ‘TI Resources and
Countermeasures List’. the TI Resources and Countermeasures List
contains inexpensive resources and effective counter measures
identified by TIs that helps to reduce and thwart the unreleantless
attacks of targeting. my education background consists of a plethora
of colleges and universities. i hold numerous awards for phi theta
kappa, nationwide deans list, college deans list, honor roll,
etc…presently, i hold a dual degree in both the medical and
technology fields. I obtained my Associate of Science degree as a
medical assistant. Due to experiencing corruption in the medical
field, I chose to pursue my Bachelor of Science degree in Information
Technology (IT) as a Software Engineer (SE). as a SE; i read, wrote,
executed, and debugged different coding languages from HTML to Python
to JavaScript to SQL. i utilized my educational background and newly
acquired skills as a hacktivist to not only hack for the good of
humanity but to achieve the significant accomplishments through
working with Targeted Individuals for the past five years to present
day. My hope for humanity is that many more TIs will come forward and
seek help to unite with other TIs so through collective action there
can be impactful activism to induce positive change.

“The people who were trying to make this world worse are not taking
the day off. Why should I? Light up the darkness.” ~ Bob Marley