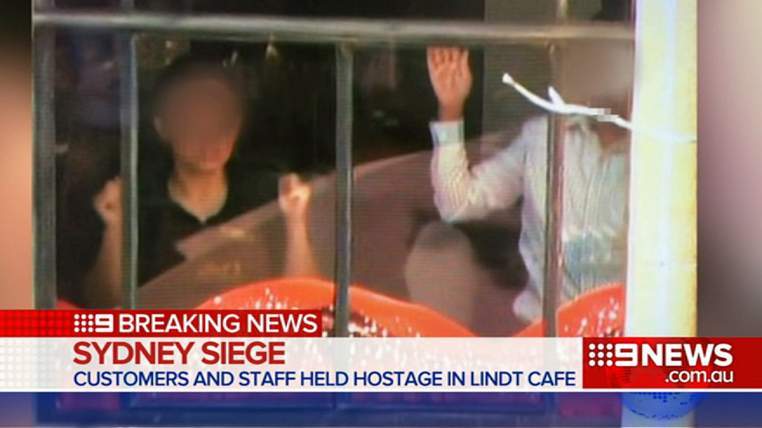 Australian police have cordoned off one of Sydney’s main business areas, with reports that hostages are being held in a cafe.

Part of Martin Place, home to the Reserve Bank of Australia, commercial banks and close to the New South Wales state parliament, was closed off by armed officers.

Live television footage showed patrons inside a cafe standing with their hands pressed against the windows.

A black and white flag similar to those used by Islamic State fighters in Iraq and Syria was also visible.

Reports suggest up to 20 hostages are being held inside the cafe.

New South Wales Police tweeted: “A police operation is under way in Martin Place, Sydney’s CBD. People are advised to avoid the area.”

The operation is understood to have begun around 10am local time.

In a separate development, the AFP news agency is reporting that a man was arrested on alleged terrorism offences in the city just a few hours before the police operation began.

The 25-year-old was seized this morning as part of “continuing investigations into the planning of a terrorist attack on Australian soil and the facilitation of travel of Australian citizens to Syria to engage in armed combat”, the news agency said.

He was reportedly arrested as he left a prayer hall, with police due to hold a news conference later today with more details.

The arrest comes after the Australian government in September raised its terror threat level and conducted large-scale counter-terror raids across the country.