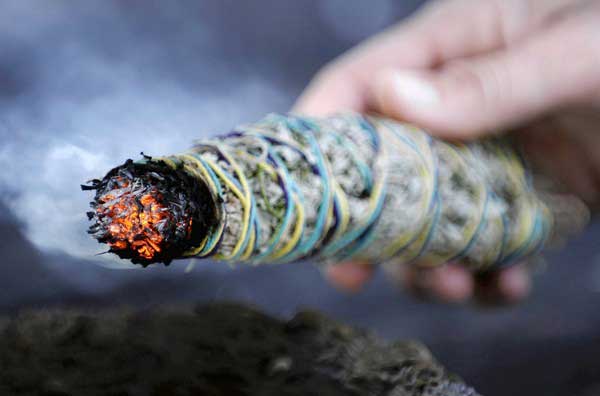 Smudging- or the ceremonial and ritual burning of medicinal and fragrant herbs and resins of specific plants for spiritual cleansing, is an ancient practice that has been honored and carried out the world over in cultures spanning the centuries.  It is also one that is finding a great surge of added popularity in many non-indigenous cultures and circles in the modern world.

The basic concept is that by burning particular plants parts and resins, the energetic blueprint or spirit/intelligence of that plant is released, producing a medicinal smoke.  The smoke is then utilized to cleanse the energy of individuals, groups, spaces or object.  Herbs like Sage, Palo Santo, Copal, and Sweet-grass are common smudging herbs that are widely used for healing and to remove unwanted energetic and spiritual buildup and also to instill blessings. 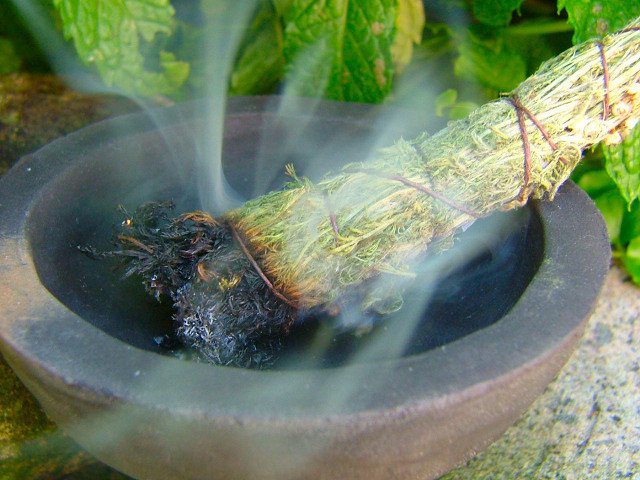 As with many spiritually based practices and methods, smudging is easy to write as silly or magical nonsense, but surprisingly there is science to support the benefits of smudging.

A landmark study conducted in 2007 titled, “Medicinal smoke reduces airborne bacteria,” published in the Journal of Ethnopharmacology observed that smudging is an extremely potent form of sterilization.  According to the study,

“We have observed that 1 hour treatment of medicinal smoke emanated by burning wood and a mixture of odoriferous and medicinal herbs (havan sámagri=material used in oblation to fire all over India), on aerial bacterial population caused over 94% reduction of bacterial counts by 60 min and the ability of the smoke to purify or disinfect the air and to make the environment cleaner was maintained up to 24 hour in the closed room. Absence of pathogenic bacteria Corynebacterium urealyticum, Curtobacterium flaccumfaciens, Enterobacter aerogenes (Klebsiella mobilis), Kocuria rosea, Pseudomonas syringae pv. persicae, Staphylococcus lentus, and Xanthomonas campestris pv. tardicrescens in the open room even after 30 days is indicative of the bactericidal potential of the medicinal smoke treatment. We have demonstrated that using medicinal smoke it is possible to completely eliminate diverse plant and human pathogenic bacteria of the air within confined space.”

Thanks to this amazing study we now know that smudging with sacred herbs is not only soothing to the mind and spirit, it is affecting the health and even safety of the actual environment in which it is done.