Stress-Free: Heal Yourself with Generosity 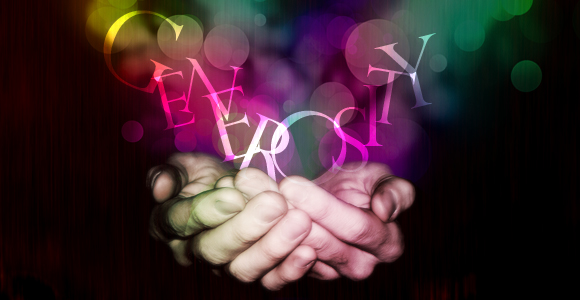 From preventing cancer and heart disease to building self-esteem, overwhelming evidence proves generosity is good for your mental and physical health.

“There are tremendous health benefits to giving,” he said.

Stress leads to illness. But McKee says giving can reverse its deadly effects regardless of whether you give time or money, or if it’s to a loved one or complete stranger.

According to a University of California study and a separate University of Michigan study, older people who volunteered for two or more organizations were 44 percent less likely to die over a five-year period than those who didn’t volunteer.

That’s even accounting for other factors, including exercise and smoking.

Researchers from the National Institutes of Health studied MRIs of people who gave to various charities. They found generosity stimulates the reward center in the brain, releasing chemicals that strengthen our immune system.

“There’s a release of endorphins,” McKee explained. “These are the kinds of magical chemicals that come from various areas in the brain and they flood throughout the system.”

“They’re cousins, basically,” he continued. “But some reduce pain, some seek out sick-looking cells and exert a healing effect on them. They have many different positive effects.”

Dr. Stephen Deutsch is the chairman of psychiatry at the Eastern Virginia Medical School. He said doctors commonly use giving in treating depression.

“We encourage people to not be so self-absorbed and to think about others,” Deutsch said. “We even tell people to practice being concerned and invested in other people.”

He said the more people give, the easier it gets.

“Sometimes they may feel initially that it’s fraudulent, that it’s not really who they are,” Deutsch said. “But over time it becomes more and more comfortable for them, and it does have a powerful therapeutic effect.”

So, people who feel powerless or worthless find a new purpose and value by seeing their actions help others, and they tend to live longer and healthier lives.

Lorie Johnson reports on the latest information about health and wellness. Since medicine is constantly changing, she makes sure CBN News viewers are up-to-date on what they need to know in order to live a healthy life.  Follow Lorie on Twitter @LorieCBN and “like” her at Facebook.com/LorieJohnsonCBN.