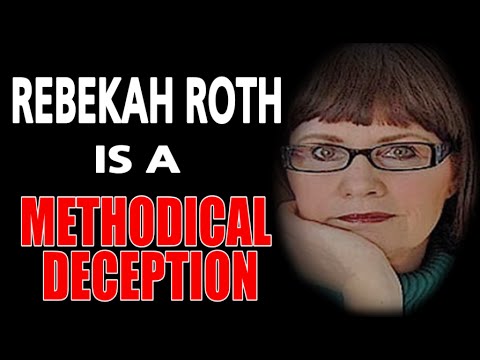 Those who say what I’m about to say have been widely labeled “trolls.” Therefore I’d like to mention my alternative-media background. In 1985 I wrote my first article for The New American, for whom I subsequently wrote many pieces, e.g., cover stories on the Pearl Harbor cover-up in 1986 (and again in 2001) and the Kennedy assassination in 1988. My The Shadows of Power is a long-standing best-seller. Beginning in the late 90’s I wrote two books debunking Darwinism, about which I’ve lectured widely. My latest book is Truth Is a Lonely Warrior, and I wrote the script for Free Mind Films’ new documentary ShadowRing, narrated by Hollywood’s Kevin Sorbo. I was the leadoff speaker for the 2015 New York City LibertyFest, emceed by Adam Kokesh. On this (post-cancer rebuilt) website, you’ll find wide-ranging articles. I believe I’m the only revisionist to explore the Spanish-American War or 1775 Battle of Lexington in depth.

In all those years, I’ve never written a negative article about someone else in alternative media. Doing so can play into the PTB’s “divide and conquer” strategy. However, today I’m making an exception.

When Rebekah Roth’s Methodical Illusion appeared a year ago, I rejoiced. A flight attendant joining the Truth Movement! I heard her impressively interviewed on the Hagmann and Hagmann Report. I personally commended her for her book (to which she cordially replied), gave it a 5-star Amazon review, linked to her from this website, and recommended her to radio hosts I knew.

I was therefore surprised in August to receive an unpleasant email from Roth, directed against myself. Since the email was private, I kept my reply, factually debunking her allegations, private also. However, I resolved that if she took her accusations public, I would also go public, so people could see precisely what had been said, and decide the matter for themselves. I did not hear back from her.

I did, however, do something I’d never done with anyone before: removed Roth from this website’s “links” page. Incidentally, Roth’s website links to nobody.

I’d almost forgotten the episode until a couple of weeks ago, when a Truther friend sent me a video of Jim Fetzer interviewing Allen Powell about Roth. A major focus: the uncanny resemblance between Roth’s voice and that of a “Moniker Gainor,” who pitches doTERRA essential oils on a show called “pHix Your Health.” My friend had begun listening in the middle of the Fetzer interview, thought she was hearing a clip of Roth, and was stunned to learn it was “Gainor.” I suggest starting around the 13-minute mark, and decide for yourself:

For those who consider the similarities coincidental, turn to the “acknowledgements” at the back of Methodical Illusion. Among the three there, Roth includes “the pHix Your Health Team.” Methodical Illusion also works in doTERRA (page 15).

I must interject: Products do require marketing, and I highly approve naturopathic remedies, including essential oils. But “pHix your Health” looks money-centered. Their YouTube channel hosts videos like “Understanding doTERRA Compensation” (subtitled “This video will help you to understand the bonuses and many ways you can make money with doTERRA”); “How to Enroll a New Wellness Advocate”; “The Fast Start Bonus with doTERRA“; and “Loyalty Reward Program.” Fetzer and Powell also note the rather extreme claims made for this oil brand’s healing powers, ranging from asthma to autism; or as Powell puts it, “sounds like Jesus in a bottle.”

More importantly: If, as they contend, Roth doubles as “Monika Gainor,” credibility issues arise. Here’s how Roth’s book introduces her: “I enjoyed a nearly thirty year career working as both a flight attendant and an international purser. I was trained as an emergency medical technician and served as a volunteer firefighter.” Here’s Michael Harris introducing “Gainor” (condensed for brevity): “Let me share with you a little about Monika. . . She has studied or been involved in natural healing methodologies for nearly thirty years. She’s studied under a Hawaiian Kahuna in the art of huna healing . . . she’s a lomilomi massage technique master, and as a result of that she’s had very many well-known NBA players that have been her clients. . . she’s a reiki master, she’s studied biochemistry and organic chemistry in college. . . she has the ability to . . . intuitively know what a body needs in order to regain its health.”

I’m not suggesting “Rebekah Roth” couldn’t simultaneously maintain two careers. Many people, myself included, have done that. But the achieved masteries claimed for Gainor sound rather extensive for a career flight attendant. And personally, if I had “very many well-known NBA players” as clients, I doubt that I’d need a second job.

Being a Bostonian, I’ll observe that “Monika” is the Boston-accent version of the word “moniker,” meaning “name” or “alias.” And “Gainor,” carrying its own implications, is much more typically spelled “Gaynor,” as with the actress Mitzi Gaynor. If “Roth” is only, as she says, devoted to “truth,” why market products under a false name? Some may say “She has to protect her identity so the CIA won’t bump her off.” OK, maybe can that could fly for 9/11, but for essential oils? (Incidentally, a pen name won’t bamboozle modern surveillance agencies like the CIA or NSA.)

Some say the rarely-photographed Roth wears glasses and somewhat frumpy hairstyle (or wig?) for a safety disguise. But does Methodical Illusion really contain assassination bait? It’s a novel mostly without real names (like Bush, Cheney, or Rumsfeld). In the end, the hero is the POTUS himself—a Speaker-of-the-House-turned-President-by-default. Methodical Illusion’s faith in the U.S. government’s self-correcting capacity hardly seems like something that would put you in CIA cross hairs (though I’ve heard her sharply condemn the government on radio).

Methodical Illusion consumes some 160 fiction pages before really addressing 9/11. When it does, much of it retreads work of others. Pages 209-212 contain a thinly disguised rephrasing of James Corbett’s video 9/11—The Truth in Five Minutes. Certainly, Roth offers special flight-attendant insights that are fresh. She has noted, for example, that cockpits had pilot axes that box cutters would have been no match for. She also has a completely unique take on the planes’ fates.

However, she’s definitely not the first flight-professional Truther. Pilots for 9/11 Truth (founded 2006) has an extensive membership list, maintains a website with several videos debunking the official 9/11 story, and numerous threads with theories. Its members give real names. I don’t know why anyone would accord them less precedence than Roth.

I do not concur with the suggestion that Roth was never a flight attendant. She is too well-versed in that profession, and a fake would easily risk exposure on radio. Nevertheless, over recent days, several Truthers besides Fetzer and Powell have noticed a “Dark Side.” Although Roth has cried “trolls,” that label is wearing thin.

On December 23, radio host Pete Santilli announced he is removing his interview with Roth from his archives due to too many unanswered questions about her. Santilli says he has never done this with any other guest:

On December 25, Truth Frequency Radio’s founder Chris Geo, whose integrity I have the highest respect for, enumerated in “Rebekah Roth Unwigged” why he’s glad Roth’s brief stint on TFR ended:

Roth moved to TalkNetwork.com, but that network has now announced: “The Rebekah Roth Show is no longer carried by TalkNetwork.com. We wish Rebekah (or whatever her real name is) the greatest success somewhere else.”

On December 29, Natural News renounced Roth as a “possible government plant.” Said Mike Adams: “Observing her behavior, we came to find that she’s an expert in infiltration and provocateur-type operations, getting groups of people to turn on each other and causing chaos inside the truth movement.” See http://www.naturalnews.com/052458_Rebekah_Roth_fake_identity_agent_provocateur.html.

A leader in exposing Roth is Kurt Haskell, famed as attorney-turned-Truther after personally witnessing the “Underwear Bomber” fiasco. He now lives in Costa Rica, hosting a show called Real Investigations. Haskell goes into depth about “Roth,” her various aliases and background. See, e.g., his December 25 page.

News kept breaking while writing this article. On December 26, Roth uploaded a video defending herself against the “trolls,” saying she is really Koreann Ashlie (a name already identified by Haskell), and supplying documentation of her flight-attendant career (though not the long-requested photo of her in uniform). I will not embed the video here, but the link is https://www.youtube.com/watch?v=YiD9BstIbNc.

Haskell responded in a December 27 interview (which experienced considerable electronic interference), stating Koreann Ashlie is still not her true name:

So is “Roth” a Truther? Ambitious promoter? Intelligence asset? One thing I’ve always liked about Roth: her identifying Israel as the number-one force behind 9/11. That’s spot-on (see https://wikispooks.com/wiki/9-11/Israel_did_it). But some of the above commentators believe Roth was conceivably “set up to fail”; that it was too easy discovering “Gainor,” possibly so the Truth Movement, or something about it, could get “discredited” along with the author.

I don’t know the answer, but I do believe Truthers should at least be aware that this controversy exists.

I am so thrilled with the outcome and will for certain distribute the phrase about your assistance amid my pals!I shift, probably, thirty% of my school assignments to external writers. Masterpapers has the finest types, as proved by their outcomes. Under no circumstances received a bad grade or skipped the because of date, besides, they...

The New Lady embodied all social transformations getting position in German modern society. The New Girl was politically emancipated, sexually liberated and economically independent, so soon girls played a great part in sports activities clubs, youth organisations and other establishments. In 1929 Elsa Hermann, describing her eyesight on the problem said that ‘the female refused to...