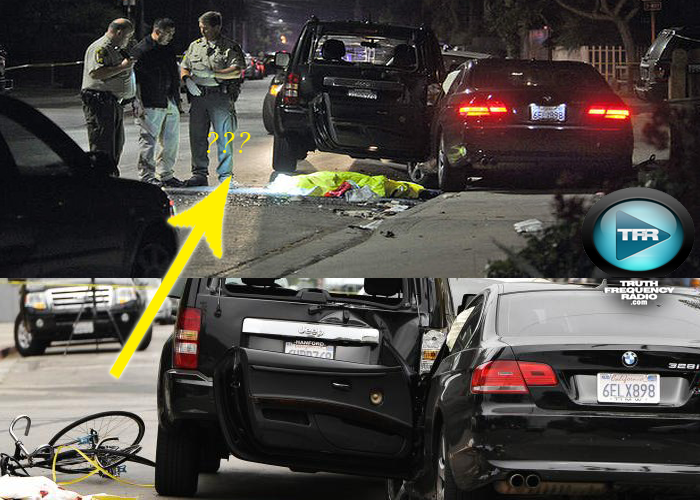 Thanks to Kev Baker for bringing this information to light.

It’s difficult to document every single anomaly in the Elliot Rodger “mass shooting” case. However, despite the obvious media spin, the police radio transmission detailing the shooting and apprehension of a second shooter and the connection to the Sandy Hook shooting, one thing sticks out the most.

The shooting/stabbing took place on the evening of May 23, 2014 at approximately 9:15pm. The photograph above was clearly taken sometime that evening.The following morning more photos of the crime scene were taken in broad daylight. The official narrative was that Rodger hit a bicyclist before stopping for good and putting a bullet in his head. Which, as we’ve explained before, doesn’t make sense either because there is no blood in the car he allegedly shot himself in and the hole in the windshield had serious anomalies of it’s own.

There is, however, one anomaly that in my opinion is the “smoking gun”evidence that the scene was tampered with. Do you notice anything odd? How about the presence of a big yellow bicycle in the daylight photo, not present in the night-time photo? This is clear indication that something is amiss. Was the bicycle planted at the scene in order to cover up the second shooter by officially reporting that the “second shooter” was actually a bicyclist who got caught up in the cross fire? Or is this an indication that the entire scene was staged?

When zooming in on the following photo, it appears as though this is an altered image using photo editing software and bad layering with artifacts from manipulation. The most apparent digital alteration is the missing forearm. (This is the official photo displayed on Elliot Rodgers’ Facebook page.) At first, it was suspected that Elliot Rodger did not exist in the sense that he was simply an actor hired to play a role ; However episode 3 of Les Vraies Housewives features video of Peter Rodger and Elliot Rodger attending the premiere of The Hunger Games. The question still remains. Why would they alter and edit this image and who did it? 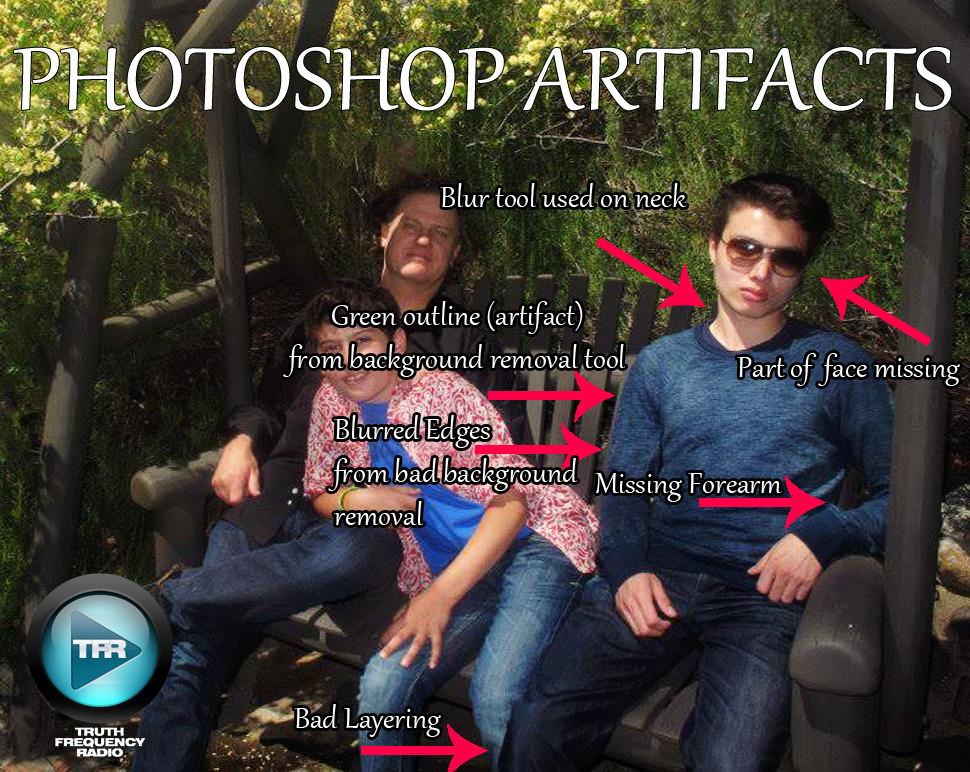 Right click *save as* to save to your desktop to zoom in for examination.

Again, we like to feature only solid facts and evidence on Truth Frequency Radio but it just gets weirder and weirder. At approximately 4:30pm pacific on May 24, 2014 a strange comment was left on Elliot Rodger’s youtube channel. Taken by itself this wasn’t enough evidence to post on our website but I did make a mention of it on the Sunday edition of The Chris Geo Show on the Genesis Communications Network.

A Youtube user by the name of prophet Sheldon wrote:

“SUBBED! Elliot you are my hero, next time you are in LA I’ll buy you a drink. Good lucky bro, I hope you land that new reality TV show contract. La Heim!”

Was this a hyperbolic “screw you” to Elliot Rodger, or did someone let the cat out of the bag? Or perhaps, the videos seen on his Youtube channel were actually filmed as audition tapes. 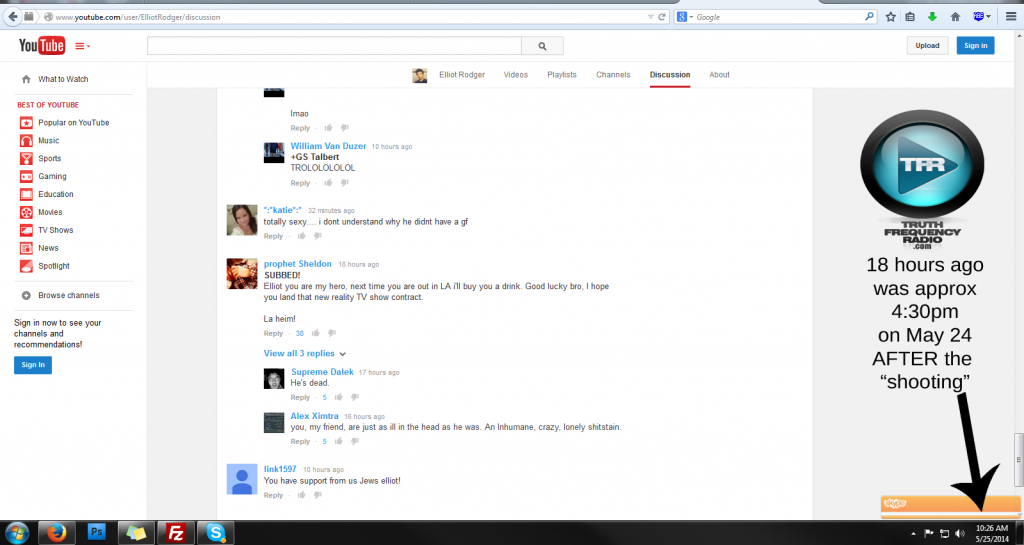