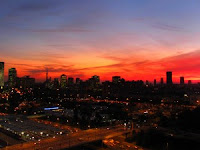 The U.S. Army Corps of Engineers reportedly plans to supervise the construction of a mysterious five-story underground facility named “Site 911” for the Israel Defense Forces (IDF) at an Israeli Air Force base near Tel Aviv, Israel.

While the United States’ supervision of the construction might seem strange to some, it isn’t all that surprising given the tight U.S.-Israeli relationship, especially in security matters. As insane as it sounds, even the New York Police Department has a branch in Israel.

The facility is expected to take over two years to build with costs up to $100 million (surprisingly low given that we earmarked $235 million for Israel’s Iron Dome system last year while the U.S. didn’t have a penny to spend).