Shocking abuse claims at Mexico’s House of the Big Family

The people of Zamora are used to seeing trucks of soldiers and federal police speeding through their streets.

Like much of the western state of Michoacan, the city is under military control as drug-related violence in the region shows little sign of slowing down.

But when troops and police officers cordoned off entire blocks in Zamora earlier this week, drug cartel members weren’t the target.

Instead, the security forces were raiding an orphanage.

Not just any orphanage, either. The Home of the Big Family, which housed more than 500 children, was a well-known and hitherto respected institution in Mexico with some powerful political allies.

More popularly known as the “Casa de Mama Rosa”, it was named after Rosa del Carmen Verduzco, a notorious matriarch in the city with a reputation for straight-talking – including to local politicians looking for a sympathetic photo opportunity around election time. 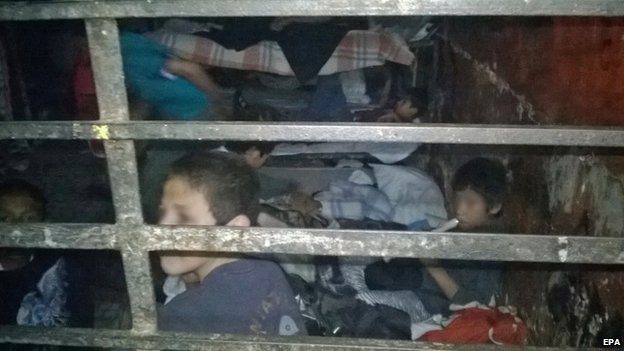 Mexican authorities Tuesday found nearly 600 people, most of them children, living in squalid conditions amid rats and insects in a residential facility. 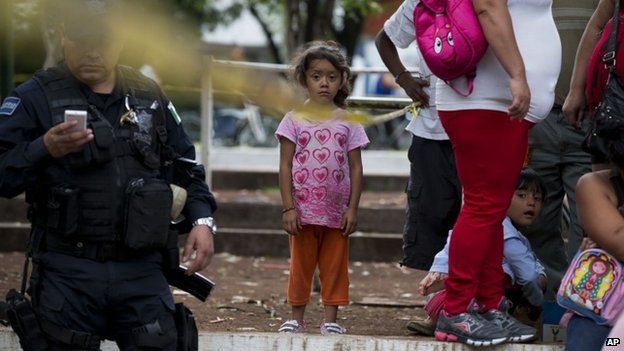 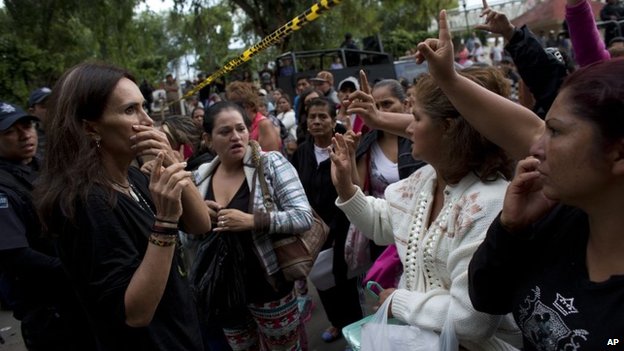 A woman tries to decide which families, out of dozens waiting, to take into the care home

“She tried to be the Mexican Mother Teresa of Calcutta,” says local journalist Elly Castillo.

“The children’s home has been running for more than 40 years and it can’t be said that it was an evil or bad place from the very start.

“On the contrary, it was based on a very noble, honest cause.”

In essence, that cause consisted of giving food, shelter and education to hundreds of street-children and children from difficult backgrounds in the surrounding area. The organisation’s Facebook page talks of providing everything from psychiatric therapy to music lessons to support the young people in their care.

Now, however, Rosa Verduzco and eight of her colleagues are in custody for a string of alleged offences.

The list of supposed crimes taking place behind the doors of the home is shocking – kidnapping, sexual and psychological abuse, children being forced to beg in the streets, biological parents being denied contact with their sons and daughters.

Perhaps most shocking of all is the claim that the home was part of a wider network of organ trafficking. 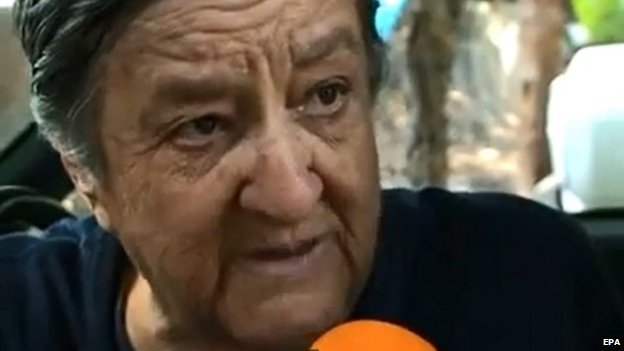 The Mexican Attorney General’s Office described the conditions inside the institution as “terrible” with the orphans allegedly being fed rotten food and made to sleep among rats, ticks and fleas.

According to interviews in the Mexican media, a group of parents apparently lodged their first official complaints against Rosa Verduzco as far back as 2010, yet it took until this week for action to be taken.

Given the severity of the alleged crimes, the overwhelming question being asked in the Mexican press is how could the authorities go so long without acting?

“The authorities viewed her with sympathy,” says Elly Castillo, arguing that orphanage was a “substitute for the responsibilities of the state”.

It is a reference to the public-private partnership at Casa de Mama Rosa, which is common in such institutions in Mexico. Care homes for vulnerable groups, be they orphans, drug addicts or homeless people, are often run by private individuals.

• A string of human rights violations including physical, sexual and psychological abuse, beatings, being kept in hunger and filthy conditions

• Biological parents being prevented from seeing their children

• Children and adults being forced to beg on the streets

In theory, the state provides oversight and additional funding where required.

The reality, say activists for reform, is that the authorities all too often turn a blind eye to problems or ignore their legal responsibilities.

“This is just another example of the collapse of the state institutions in Michoacan,” a local journalist told me, before pointing out that as recently as February, the mayor of Zamora, Rosa Abascal, presented the home with around $1,000 and praised the work being carried out by Mama Rosa.

The question of the state’s failure to properly regulate and inspect care homes is an issue that has raised its head on several occasions in recent years, often with deadly consequences. Two emblematic cases come to mind.

The first is the ABC nursery in Sonora, in northern Mexico, where almost 50 children were killed in a fire in 2009 when they were trapped inside a day-care centre with no emergency fire exits, no working smoke detectors or fire alarms. The staff were poorly trained and yet to date, no-one is behind bars or facing federal charges over the series of institutional failings at the nursery. 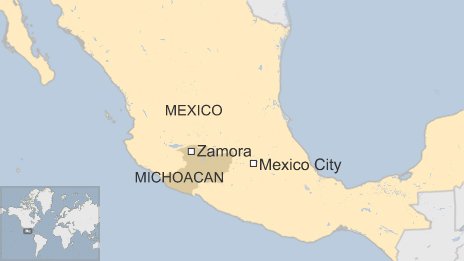 The second case is that of the Casitas del Sur children’s refuges across Mexico. In early 2009, more than 130 children were rescued from the homes following a spate of child disappearances in a case which involved religious cults, allegations of organ trafficking and forced adoptions.

Meanwhile the real picture of what went on in the House of the Big Family remains shrouded in mystery.

Supporters of Rosa Verduzco, including men and women who grew up at the home and now have families of their own, are expected to protest against her arrest in the coming days.

However, photos have emerged online which supposedly show the inhumane conditions inside the home, with the authorities saying at least 12 children have made accusations of sexual abuse.

For now, Rosa Verduzco can count on some high-profile supporters, among them the Mexican writer and academic, Enrique Krauze. On Twitter, he posted an article dated December 2000 in which he called her a “loving dictator” reigning over a “kingdom of dignity”.

The forthcoming investigations into “Mama Rosa’s Home” should help establish just how accurate a description that was.