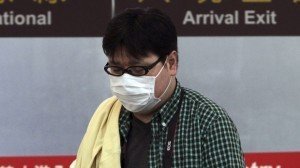 WASHINGTON — Scientists who sparked an outcry by creating easier-to-spread versions of the bird flu for research purposes want to try such experiments again using a worrisome new strain. This time around, the U.S. government is promising extra scrutiny of such high-stakes research up front.

Since it broke out in China in March, the H7N9 bird flu has infected more than 130 people and killed 43. Some of the world’s leading flu researchers argue that genetically altering that virus in high-security labs is key to studying how it might mutate in the wild to become a bigger threat to people, maybe even the next pandemic.

“We cannot prevent epidemics or pandemics, but we can accumulate critical knowledge ahead of time” to help countries better prepare and respond, Ron Fouchier of Erasmus University in the Netherlands told The Associated Press.