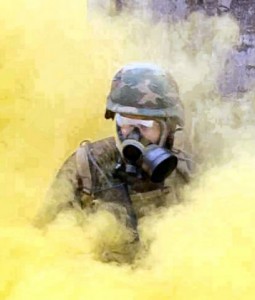 When an Israeli newspaper came out with a story about a “terror alert” in New York City, we rolled our eyes a bit because this has been a repeat show with Israel for a long time. However, the San Francisco Police Department is also now admitting that they have received an alert as well. The alert extends into “airports, train stations, and other transportation hubs”:

The Department of Homeland Security is beefing up its presence at airports, train stations and other travel hubs in the United States in the wake of global travel warning imposed on all U.S. citizens.

Local authorities are not going into specifics but the San Francisco Police Department does acknowledge receiving a bulletin by the Federal Bureau of Investigation and DHS. The SFPD says their officers are monitoring various areas of the city and will determine if additional resources are necessary.

They say they have the ability to rapidly deploy and redeploy resources as the department deems necessary.

No specific location has been mentioned, but authorities are keeping a close eye on airports, train stations and other transportation hubs. There is also increased scrutiny of visitors coming into the United States.

These latest measures have been implemented out of an abundance of caution.

“al Qaida and the Arabian Peninsula is probably the biggest threat to the homeland. They’re the al Qaida faction that still talks about hitting the west and hitting the homeland. And their expertise is chemical explosives. Hitting the aviation sector as we saw with the underwear bomber, so we are on a high state of alert,” said Rep. Michael McCaul, R-Texas.

The bulletin sent by the FBI and DHS urging local law enforcement to be vigilant was classified, which reflects the sensitivity and seriousness of the situation.

We’re going to go ahead and post this article in full, under the Fair Use Act because it is definitely in the public’s best interest that they be alerted to threats of terror attacks in their own country, and on the cities they live in. The seriousness of this situation cannot be understated: There is a stirring going on in the U.S. Government, and Israel is gearing up for genocide in Palestine. What are the real terrorists (the globalists) going to do to American citizens this time? Keep in mind that this information was not supposed to be leaked to the public, so why wouldn’t the federal government want you to know about this?