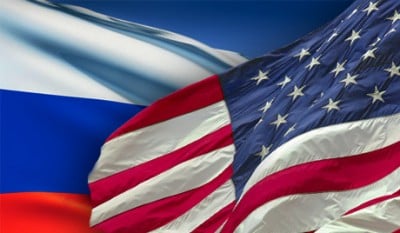 n response to the Obama Administration’s Ukrainian coup that replaced the democratically elected pro-Russian President of Russia’s neighboring country by a regime that is seeking to join NATO and become a base for U.S. nuclear missiles, Russia is girding for America’s expected attack.

BurkoNews, an organization of journalists based in Crimea, headlined on 22 June 2014, “Why Is Russia Preparing for the Nuclear War?” and reported:

“From the middle of May to early June 2014, the Russian Federation [i.e., ‘Russia’] undertook two large command-staff exercises testing the realization of a local nuclear attack. According to military experts there were never such dense and extensive testing scenarios of nuclear war even in the Soviet Union. … The 12th General Directory of the Ministry of Defense, which is the most secret department, was involved in the exercises.”

Previously, the present reporter had headlined “Why Ukraine’s Civil War Is of Global Historical Importance” and explained the connection between America’s coup in Ukraine in February 2014 and America’s re-start of the anti-Soviet Cold War.

The U.S. coup in Ukraine cannot be understood outside the context of that country’s being able and willing now to allow the U.S. to place nuclear missiles right next door to Russia, close enough for a first-strike against Moscow to prevent any retaliation by Russia. Our missiles would destroy Russia within ten minutes of launch — too short a time-window for Russia to be able to respond.

Another recent report was headlined, “Indications that the U.S. Is Planning a Nuclear Attack Against Russia,” and it described NATO military exercises and anti-Russian propaganda to prepare for a U.S.-led nuclear attack against Russia. In other words: this new “Cold War” is actually preparation for a nuclear war that is being not just planned but now actually being practiced in military exercises. One cannot understand U.S. President Barack Obama’s propaganda campaign against Russia if one does not understand what it is heading towards.

Yet another article was headlined “How and Why the U.S. Has Re-Started the Cold War (The Backstory that Precipitated Ukraine’s Civil War),” and it explained in even more depth the reason why Obama has been doing this.

This reporter has also explained why all U.S. news media (with very few exceptions) have refused to publicize these unquestionable realities; U.S. media have refused to publish any of those news-reports that place these current events into historical context. For example, one of my news reports was titled “Videos Americans Didn’t Get to See on Our Nightly News,” and it opened:

“While the U.S. media obsess with the Iraq War that we created 11 years ago and can’t stop, and that we aren’t really causing right now, they’re covering-up our current  invasion (overseen by our CIA and former Blackwater mercenaries), which Obama and more than $5 billion of U.S. taxpayer money started in February, and which has been reported only via amateur videos uploaded to youtube and linked-to by Pravda and other ‘Russian  propaganda’; so, here’s what U.S. ‘news’ media don’t want us to see, because it’s ‘only Russian propaganda’: it’s what we’re doing (through our own Ukrainian agents, our ‘heroes of Maidan’), right now.”

I shall continue trying to get the U.S. media — both its major news-media, and the smaller-circulation “alternative news” media, to report to the American people what Obama is doing to Ukraine, and why.

If this matter does not become a major issue during the upcoming Democratic Presidential primaries, which will start next year, then there will be no way to avert nuclear war, because Hillary Clinton shares Obama’s plan 100%, and was part of its operation while she was U.S. Secretary of State; and no Republican U.S. Presidential nominee will oppose an operation to “win a nuclear war.” Any contender in Republican Party Presidential primaries who would oppose it wouldn’t stand a chance to win that Party’s Presidential nomination, because being “strong on defense” is the biggest rallying cry to that Party’s voters: the people who actually vote in Republican Party primaries and so determine its nominee.

Consequently, the available time-window for the U.S. press to change its tack on this and to start informing the American public on this matter that they’ve been hiding from the public, will soon become closed.