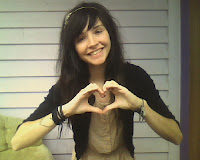 Last week Leah Lynn Plante was arrested and placed in solitary confinement for remaining silent during a grand jury trial. Due to the secrecy of the proceedings, little information has come to light about her or her two friends, Katherine “Kteeo” Olejnik and Matthew Kyle Duran since the story went viral last week.

However, word was just sent out from Leah’s supporters that she had been released, although unfortunately her two friends still remain behind bars.

At this point it is unclear how this turn of events has transpired, but it is highly possible that the video that Leah made before she went to jail touched so many people that they felt compelled to write and flood the court with calls. When Leah made the viral video last week, her friends were already in jail and since they didn’t appear in the video people who didn’t pay close attention or dig deeper into the story may not have realized that she was one of three people caught up in the same mess.