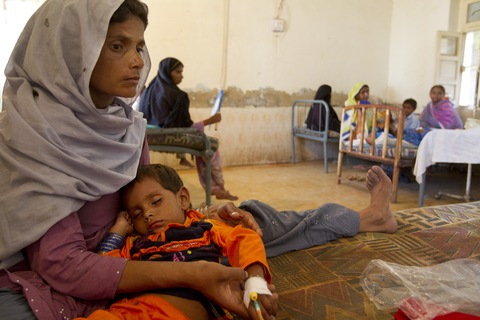 January 1, 2013 – CLIMATE – The year started in the United States with a mild flu season but ended up being marked by deadly outbreaks of fungal meningitis, West Nile virus and Hantavirus. Tainted steroid medication has been cited as the cause of the meningitis outbreak that killed 39 people. Weather contributed to the worst outbreak of West Nile virus since 2003 and an unusual outbreak of Hantavirus in California’s Yosemite National Park. Transmitted by infected mice, Hantavirus is a severe, sometimes fatal syndrome that affects the lungs. West Nile can cause encephalitis or meningitis, infection of the brain and spinal cord or their protective covering. As of December 11, 5,387 cases of West Nile virus had been reported in 48 states, resulting in 243 deaths, the CDC said in its final 2012 update on the outbreak. The 2003 outbreak left 264 dead from among nearly 10,000 reported cases. A large number of cases this year occurred in Texas, Louisiana and Mississippi where there are large mosquito populations. CDC and state officials have said that rainfall in the spring and record high summer temperatures contributed to the severity of the outbreak by affecting mosquito populations, which transmit the disease by biting humans and animals. Health officials said that only a small percentage of cases of West Nile virus are reported because most people have no symptoms and about 20 percent have mild symptoms such as aches and fever. One in 150 people with West Nile virus develop other illnesses such as meningitis and encephalitis. The biggest outbreak in nearly two decades of Hantavirus, which emerges in dry and dusty environments, cropped up during the summer in 1,200-square-mile (3,100-square-km) Yosemite National Park, killing three of 10 infected visitors. The National Park issued warnings to 22,000 people who may have been exposed to the rare disease, and 91 Curry Village cabins in the park were closed in late August. In early September, a 78-year-old judge named Eddie Lovelace was rushed to a hospital in Nashville, Tennessee. Thought to have had a stroke, he died a few days later. After a large outbreak of fungal meningitis was linked to tainted steroid injections, Lovelace’s cause of death was revised. He became the first documented death in a meningitis outbreak that has infected 620 people and killed 39 in 19 states. The New England Compounding Center in Framingham, Massachusetts, was closed after investigators found that it had shipped thousands of fungus-tainted vials of methylprednisolone acetate to medical facilities around the United States. The steroid was typically used to ease back pain. More than 14,000 people were warned that they may have had an injection of the tainted steroid. Doctors continue to see new cases of spinal infections related to the steroid, and cases of achnoiditis, an inflammation of nerve roots in the spine. The outbreak led two Democratic lawmakers in the U.S. House of representatives to introduce legislation to increase government oversight of compounded drugs. And what lies ahead in 2013? “While there are some trends we can predict, the most reliable trend is that the next threat will be unpredictable,” said Centers for Disease Control and Prevention (CDC) Director Thomas Frieden. 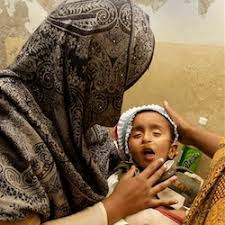 January 3, 2012 – PAKISTAN – Measles cases in 2012 have surged by almost five times of that the previous year in Pakistan, leading to the deaths of hundreds of children, according to an international health body. Maryam Yunus, a spokeswoman for the World Health Organization (WHO) said on Tuesday that 306 children died in Pakistan because of the infectious disease in 2012, a dramatic surge from to the 64 children in 2011. The WHO said the jump was most pronounced in southern Sindh province, where measles killed 210 children in 2012. Twenty-eight children died there the year before. The organisation did not give a reason for the increase in deaths, but a provincial health official in Sindh said that the disease hit areas where poor families did not vaccinate their children. A provincial health minister said 100 children died in Sindh province in December alone, mostly in areas where many people were not vaccinated. He said health officials recently launched a campaign to vaccinate 2.9 million children in the affected areas of the province and urged parents to get their children vaccinated. “We are vaccinating more than 450 patients per day. We are working on vaccination since the outbreak of measles in the area,” Dr. Shahid Hafeez Shahani, a government official, said. Pakistan has a poor health care system, unsanitary conditions in many regions due to poverty, and a lack of education about how to prevent disease. Pakistani officials believe that the worst-hit areas are poverty stricken areas where children did not receive vaccination. Many Pakistanis, especially in rural areas, view vaccination campaigns with suspicion as a western plot to sterilize Muslims. Sindh province, the area hardest hit by the measles outbreak, has also been battered by repeated floods in recent years that have damaged hospitals and clinics. Measles is an extremely infectious disease spread by coughing and sneezing or personal contact. It causes a fever, cough and a rash all over the body. Most people who contract the disease recover, but it can be fatal for malnourished children. According to WHO, 139,300 people died of measles worldwide in 2010.