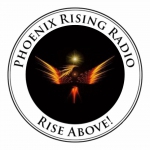 The Gifts of the Magi – Then & Now

Merry Christmas. One of my favorite Christmas stories is that of the Magi, or Wise Men. THEN: One of the Biblical verses is Matthew 2:10-11 “From the East they followed a star, and when they saw the star, they rejoiced exceedingly. And they entered the house and saw The Boy with Maryam his mother, and they fell and worshiped him and opened their treasures and offered him gifts: gold, myrrh, and frankincense.” What is important to note is that the Three Magi entered a house of a King.

Luke’s Gospel 2:16 tells of the Shepherds “And they came quickly and they found Maryam and Yoseph and The Baby who was lying in a manger.” St. Francis of Assisi conducted the first Nativity scene in 1223 and combined the Bible verses.

Western Christians believe the Three Kings, Wise Men, or Magi who came to visit the Child Jesus were very knowledgeable men. They were said to have been trained in the fields of natural sciences, including astrology and astronomy.

Some believe Melchior to have been the “King of the South”, bearing gold for the Child. Some accounts portray Melchoir as an old Hindu man with a long beard.

Balthazar, “Monarch of the West”, is believed by some to have come from Ethiopia. He is said to have been a dark-skinned, middle-aged man, dressed in Egyptian attire. Balthazar presented the Child Jesus with a gift of myrrh, a fragrant resin from Africa that is used in perfumes.

Caspar, an “Emperor of the Orient”, is characterized by some as a young, blue-eyed, beardless man who was a native of Greece. For his gift, he brought frankincense to Jesus, a fragrant extract of exotic Asian trees, used in making incense.

Ancient Syriac Text state that they are called “Magi” in the language of their country because of their practice of silent prayer. They live in the land of Shir, which is described as being at the easternmost edge of the inhabited world, at the shore of the great Ocean. They are descendents of Seth, the son of Adam and Eve.

The Syriac text, some of it from the Gnostic Book of Revelations of Seth, reveal that the Magi come not from Persia, but from a semi-legendary country in the Far East known as “Shir.” Their journey from their homeland to Bethlehem does not take two years — a supposition based on Matthew 2:7 and 2:16 — but is accomplished in the blink of an eye by miraculous means. Most intriguing of all, the Magi’s star is not a Star, a Comet, a Planetary Conjunction (astronomy), or even an angel, but Christ himself in celestial form—a Star-Child.

NOW. The three gifts of gold, frankincense and myrrh represent Faith, Hope and Charity. What this story means to us is following our intuition with Faith and Hope in finding the Christ-consciousness within us, our I AM presence, and living the Oneness that we are. To be One with God, and having the Faith to follow that star, our star. And once we have found that star within, we can rejoice and celebrate exceedingly.

To be of the Oneness, each of us Gives and Receives, this being The Natural Law of Reciprocity. This law works best when you do something out of the goodness of your heart, expecting nothing in return. Especially at this time of the year. Charity. The Wise men gave us special gifts. We both offer and receive the gift of Gold to Ourselves – meaning every one – with the purity of knowing “All That Is”. The gift of Gold helps us to amplify our thought forms, to heal Ourselves, and to heal any ego conflicts and feelings of futility.

Dating back to Sumerian times, the fragrant resin of Frankincense was often transported via large caravans across the desert from eastern African and Arabian regions, including Yemen, Oman, Ethiopia and Somalia. Its use as a medicine most likely started with the ancient Egyptians who also charred it to make the famous black kohl eyeliner that adorned the faces of their noble women. Frankincense is central to almost every major religion from this region of the world, but its healing value often goes unmentioned in the history books.

Frankincense oil has been used for millennia to help balance out the emotions and achieve a happier, more connected life. Offering and receiving frankincense to Ourselves helps us reduce our tensions and stress, and also helps us lift our spirit. Frankincense helps us detach from thoughts and desires, which is beneficial to the highest self. To experience the Oneness.

Myrrh is native to Northern Africa and the Middle East, including Ethiopia and Yemen. This revered plant resin actually appears in one of the oldest Egyptian medical texts, Ebers Papyrus, which dates back to 1550 B.C. Beyond its use as a fragrance and for embalming purposes; early civilizations saw that it possessed quite a few healing properties. The Egyptians bought boatloads of it from the Phoenicians for use in skin salves that were applied to wounds, sores and burns. By this time, early doctors had already recognized myrrh’s antiseptic, anti-inflammatory, and analgesic effects, and it was prescribed for a wide array of physical ailments, including: cough, asthma, indigestion, rashes and scrapes, burns, skin infection, hemorrhoids, joint pain, and sore throat.

It was also used as a rejuvenating facial and massage treatment for women.

Offering and receiving and Myrrh to Ourselves is to unite heaven and Earth by awakening our awareness of the higher self. It also helps us stay in the present and not to worry about the future.

The Magi’s gifts symbolize Ascended Master Jesus’ identity and mission: gold for a king, incense for God, and myrrh, used to anoint the dead – a preparing for ascension. And these gifts symbolize our I AM Presence or Christ-consciousness as well: Gold for we too are kings (and queens) and are seeking the Kingdom of God, frankincense for the God within us as we are all Children of God, and myrrh for the knowledge of knowing that we are a Spiritual Being in a physical body.
And through the Wise Men, they also gave us the gift of Hope; Gold representing the riches of Sprit, frankincense the beauty of Spirit and myrrh the eternity of Spirit. Hope that knowing the Universe vibrates on the highest frequency of Love, and through this Love, Only through Love, changes come.

Look in the mirror and ask yourself and your Highest Self these three questions:

1 Am I an instrument of Love?

2 Am I being Divinely Guided by Love?

3 And what changes does Love bring?

It is these gifts of the Wise Men that awaken and makes us aware of our I AM Presence. The Star of the Light of Love flowing and glowing amongst us all — here, there and everywhere. Merry Christmas.