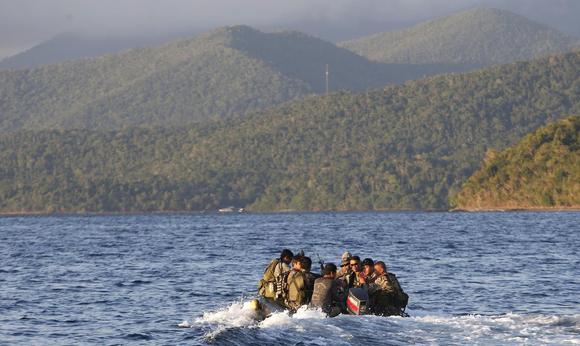 (Reuters) – The United States and the Philippines will sign a new security pact on Monday allowing American forces an increased military presence in the Southeast Asian country now struggling to raise its defense capabilities amid territorial disputes with China.

The Enhanced Defense Cooperation agreement will run for 10 years, shorter than what the United States was originally asking for, two senior government officials said on Sunday, asking for anonymity due to lack of authority to speak on details of the pact.

But the deal is renewable depending on the needs of the two oldest allies in the Asia-Pacific region, one of the sources said.

The agreement is a significant step in the United States’ “pivot” to Asia as it disentangles itself from costly wars in Iraq and Afghanistan.

It comes as China has strengthened its maritime presence in disputed areas in the South China Sea after seizing control of Scarborough Shoal in 2012.

The pact will be signed just a few hours before U.S. President Barack Obama meets with Philippine President Benigno Aquino in Manila, as part of Obama’s week-long tour of four Asian allies.

The agreement allows the United States to rotate ships, aircraft and troops for a period longer than the current maximum of two weeks during joint military exercises by the two nations, a senior military source told Reuters.

The United States is expected to gradually deploy combat ships, a squadron of F18s or F16s and maritime surveillance aircraft, the same source said.

Last year, there were 149 U.S. navy ship visits to the Philippines, up from 68 in the previous year, and that number is likely to rise further under the new pact.

“We are considering bases in Northern Luzon like Clark and Subic, and Fort Magsaysay, to accommodate the U.S. forces. We will set aside space in those bases for their troops,” the military source said.

Clark and Subic were the two military bases maintained by the United States northwest of Manila until 1991, when the Philippine Senate voted to evict American troops. Eight years later, the Senate approved an agreement providing for temporary visits by U.S. forces, allowing the staging of joint military exercises.

The new military accord also allows the storage of U.S. humanitarian equipment and supplies for disaster response such as generators, water purifiers, fork lifts, tents and shelter materials, with some of these equipment already in the country and utilized after super Typhoon Haiyan devastated central Philippines in November, the military source also said.

Pio Lorenzo Batino, undersecretary of Defense and chair of the Philippine panel negotiating with the United States, earlier said the agreement complied with the Philippine Constitution, which meant U.S. forces will have no permanent presence and will not set up military bases.

But Philippine Senator Miriam Defensor-Santiago had said she will scrutinize the pact, adding any agreement involving posting of troops and war equipment in another sovereign state becomes a treaty requiring Senate ratification, unless it was linked to an earlier treaty.