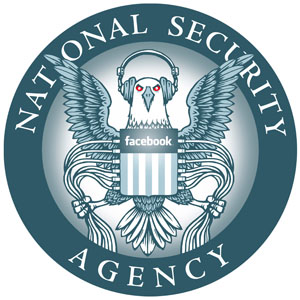 Strange times we live in, indeed: The alternative media, the false-flag banner-wavers since 9/11, seem to be chasing their tails nowadays. According to many large alternative media outlets right now, the worldwide “terror warning” issued last week, classified tips to the San Francisco and New York City police departments describing valid intelligence (albeit on, ultimately, state-sponsored terrorists) about upcoming attacks planned in the U.S. by Al-Qaeda (the “database”, an offshoot of the CIA in the Arab world) using the latest technology to smuggle bombs onto U.S. planes and into transportation hubs inside the United States, and finally, our own investigation that has proven that something is definitely going on with FEMA and the Department of Homeland Security and that they are definitely preparing for one or more large-scale events to occur, mean absolutely nothing. Nope, sorry, the New York Times is right. It’s all a distraction. Focus on the NSA.

One of the U.S. officials described the new generation explosive as “ingenious,” while another said it would be undetectable under current security processes.

Nope, nope, all a distraction. Even if it’s more than possible that Israel has something to do with “Al-Qaeda’s” latest technological advances and is actively working towards another false flag, such as pre-9/11 (search for “Dancing Israelis 9/11” online).

But anyways, for the last 12 years, we’ve been told by the alternative media that the government carries out terror attacks, that there are always warnings and wargames before those attacks, and that it’s our job to never let something like 9/11 happen again ; But when we have audio of FEMA and the DHS saying that something is likely going to kill or endanger the lives of millions of people in the U.S., we should….think of it as a distraction and focus on the NSA? To me, anyway, it sounds more like a false flag is imminent rather than a “distraction”.

The US authorities say that “al-Qaeda” terrorists may attack Western targets this month. Where? Anywhere on the planet. How? Nobody knows. Why? That is a very good question.

No specific information whatsoever about this alleged terror threat has been released.
…

Do they really expect a billion people all over the world to remain locked up in their homes for a month?

Maybe so. US authorities have already shown that they can force the entire city of Boston, Massachusetts to stay indoors for a whole day in the wake of Craft International’s false-flag bombing of the Boston Marathon.

…
Why would US leaders issue such a ludicrously broad, non-specific warning? Obviously not to save lives. There is no statistically significant terror threat anywhere in the Western world. Westerners are more likely to get struck by lightning than by terrorists. Issuing a billion people a non-specific warning about a nonexistent threat makes no sense whatsoever.

At least not if we take the warning at face value.

So obviously there is a hidden agenda at work.

Since the “big event” of 9/11, a series of smaller false-flag attacks around the world has helped maintain the hypnotic illusion of a war on terror. The most recent was Craft International’s operation in Boston.

So when the US government says “watch out! There may be a terror attack against a Western target somewhere in the world this month,” it may be preparing the public for another false-flag event.

During the summer of 2001, the same kind of non-specific warnings were issued, even though the US government knew the precise details of the coming 9/11 attack – because it carried out the attack itself, with the help of its Israeli friends.

CIA whistleblower Susan Lindauer has revealed that the Agency, including her handler, CIA Case Officer Richard Fuisz, knew precise details about 9/11 months in advance. A team of FBI whistleblowers also knew details about the 9/11 false-flag operation in advance, and tried to stop the attacks by contacting Attorney General Ashcroft, but were silenced via death threats from their FBI superiors. And FBI whistleblower Randy Glass has revealed that a high-level State Department officer, Francis X. Taylor, also knew the precise details of the 9/11 false-flag attacks in advance. Taylor ordered Glass to keep his mouth shut about the coming planes-into-buildings false-flag in Lower Manhattan.

Today, in August 2013 – just like in August 2001 – the US government is spreading absurdly non-specific warnings. Are they just testing our state of hypnosis? Or are they setting the stage for another big false-flag?

Just so the readers know, I’m in no way supportive of the NSA. I don’t think we need such an agency, and that our country’s just going to get worse from here on out. I wish Congress and the Supreme Court would do the right thing and pass the Amash Amendment/defund the NSA

before we all go trailing into the pits of hell, as far as our prosperity and moral convictions are concerned.

In our experience in China, basically there is no privacy at all – that is why China is far behind the world in important respects: even though it has become so rich, it trails behind in terms of passion, imagination and creativity.

Of course, we live under different kinds of legal conditions – in the west and in developed nations there are other laws that can balance or restrain the use of information if the government has it. That is not the case in China, and individuals are completely naked as a result. Intrusions can completely ruin a person’s life, and I don’t think that could happen in western nations.

But still, if we talk about abusive interference in individuals’ rights, Prism does the same. It puts individuals in a very vulnerable position. Privacy is a basic human right, one of the very core values. There is no guarantee that China, the US or any other government will not use the information falsely or wrongly. I think especially that a nation like the US, which is technically advanced, should not take advantage of its power. It encourages other nations. 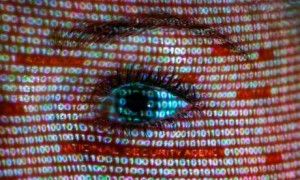 Even if Congress really did say that they could use the terror warnings as a distraction, why let them? Why not bash both? There is no reason to suggest that electronic interceptions collected anything useful about Al-Qaeda, and there are hundreds of reasons to suggest that NSA’s PRISM has everything to do with lassoing American citizens, instead.  The worst thing we could do right now would be to ignore one issue or the other.

Let me reiterate: Our recent articles are not based upon “fear-mongering”. There is no reason to fear, just be aware. Be aware of everything going on, and don’t just ignore something because the New York Times gave you a “reason” to ignore it. It’s their job to make you do what the controllers want, and they know how to get people like us riled up. Combine that with a little healthy competition from us and the information we’ve been providing to the public lately, and you can see why other alternative media journalists would latch on to a statement the New York Times published instead of acknowledging research and investigative journalism that doesn’t have their name on it. 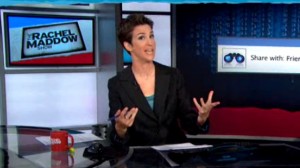 Although it’s horrible that Rachel Maddow thinks the NSA does the “right thing” by violating Constitutional rights and endlessly spying on all American citizens in the name of “fighting terror”, at least she covered something, for once. According to documents released by Reuters,

“the NSA has been providing information to the Drug Enforcement Administration, which in turn had used the data to disseminated tips to local law enforcement authorities. Those local authorities, meanwhile, were being trained to cover up the source of their tip and find a pretext to launch criminal investigations.”

Rachel Maddow had Reuters journalist, John Shiffman, on her broadcast to discuss these revelations:

Among other things, Mr. Shiffman pointed out the lack of due process inherent in both the NSA and DEA’s actions in these cases. Vital evidence about what tipped the police off and started an investigation in the first place was withheld from the court, and all of those people may not be in jail today had it not been for these violations. Just another reason to come up against the NSA in my opinion ; However, even if the so-called “liberal” media would just report on things like this more often, maybe people will start to realize that they are literally living in ‘1984’.