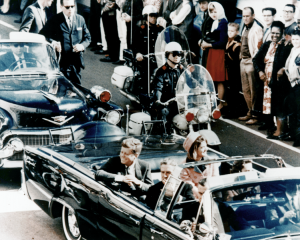 Many conspiracy theorists unhappy with the official account of the assassination of John F. Kennedy have pointed to evidence they believe shows that the president was shot twice, from different directions.

Now a new documentary has come up with a new twist on the conspiracy theory, claiming that a Secret Service agent was the man who fired that shot… by accident.

JFK: The Smoking Gun claims that George Hickey, a Secret Service man riding in the car behind Kennedy, accidentally fired his weapon on November 22, 1963.