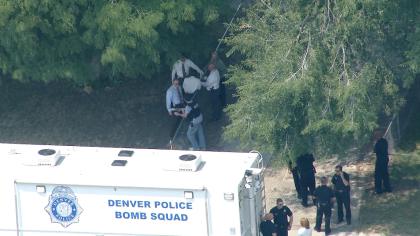 “Officers responded to the scene and approached what they thought was a possible suspect. As they were approaching the suspect fired one shot at what looked like a makeshift incendiary device which was activated,” Denver Police Chief Richard White said. “Shortly after that one of the officers fired a shot at the suspect, hitting him in the in chest area.”

No one was hurt when the propane tank exploded. 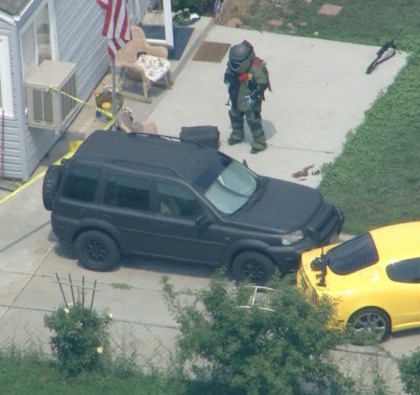 Police then found the woman dead in a nearby home. They also found propane tanks in the street and were working to determine if they posed any threat. They evacuated the area.

“There are several potential incendiary devices in the area. We evacuated the area to make sure no one was in harm’s way and the bomb squad is actively trying to mitigate those devices,” White said.

Officers also said Abeyta also shot another woman in a different home and that she was injured in the leg.

It’s not clear what the relationship may be between Abeyta and the two women and so far police haven’t said what a motive might have been in the crimes.

Lincoln High School was on lockdown for a short time while the incident was going on.

Neighbors said Abeyta is a military veteran and suffers from post-traumatic stress disorder and is involved in a difficult marriage.