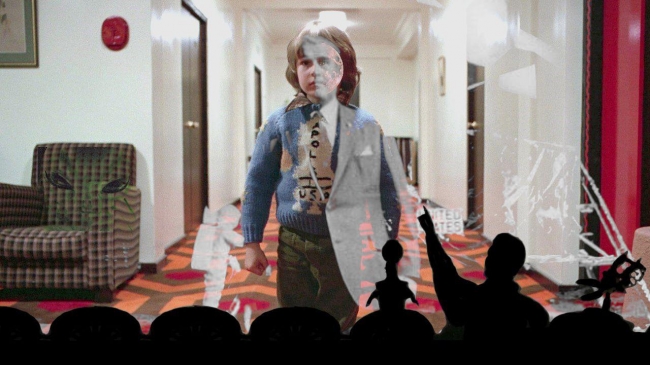 “You are just watching TOO many YouTube videos…” The rallying cry of the cognitively distended as they dissonantly attempt to hold together their crumbling cookie of a paradigm. Those of us who like to ask questions have had just a few about this supposed greatest technological achievement in all of human history. “Oh, you wanted to see the telemetry? Ummmmmmm…you see, what had happened, was… look, a new flavor of neutrino!!” Today we go over a loony list of the ten most tenacious, tinfoil-hatter moon hoax conspiracies that just won’t seem to die down, no matter HOW many CGI images we are fed. If you think it is only a handful of lunatics keeping the idea alive that the moon is surrounded by mysteries and outright lies, check out this site Josh shares: https://redice.tv/news/the-moon-an-unexplained-phenomenon
–A hero arrives from Walt’s neck of the woods! An American tourist, Matt Delcambre, from New Iberia, Louisiana reportedly tackled a hammer-wielding thief who unsuccessfully tried to steal the Magna Carta at Salisbury Cathedral, holding him on the ground until help could arrive.
–Mysties Rejoice!! Thanksgiving’s always been an integral part of the Mystery Science Theater 3000 experience, as its annual Turkey Day marathon has long provided an outlet for those turkey-stuffed few who’d rather yell at movies than sports. The marathon’s still on for this year, but it’s coming just a touch early in order to make way for the series new season, Mystery Science Theater 3000: The Gauntlet, which hits Netflix on November 22. On Sunday, November 18, Shout! Factory TV will host a marathon featuring six MST3K episodes with new intros starring OG overseer Joel Hodgson and current host Jonah Ray. The marathon will also include behind-the-scenes interviews with The Gauntlet cast and crew, as well as a celebration of the show’s 30th anniversary. The jeering kicks off at 12 p.m. ET.
–The Standard Model is a thing of beauty. It is the most rigorous theory of particle physics, incredibly precise and accurate in its predictions. It mathematically lays out the 17 building blocks of nature: six quarks, six leptons, four force-carrier particles, and the Higgs boson. We have it ALL figure out, right? Right? Right? Well,…5 li’l problems with that theory…
–Aliens welcome here…and we’ll leave a porch light on for ya!

We dig into the very Earth itself for a glimpse into Walt’s jaded past and hear about Jordhuga, or Earth Bong, perhaps even Earth Pipe if you’re so inclined. Originating in an old High Times article from back before the intewebbiness, listen as the Earth gives us yet ANOTHER amazing gift…and remember: different soil gives...

Walt…Solo? Whew! Saved By The Alan!

We have an interesting start to this one!! Walt jumps outta the nest on his own this morning…and does a firm face-plant…at first. But, he climbs back up that ladder, dives off again…and manages to get airborne, and on-air, by the hardest. Due to tech issues on Josh’s end with the interwebs, he has to...

“Wow what?”, you may be asking. An amazing guest? Surely! Ant Riley (Sleeping Warrior) is back for THE Day of Six in the UK. He gives us an update on events over the weekend & Monday. The RETURN of Zackness?? Oh, man did we need him back, all of us, and are SO glad he...

Rule of SIX?? I’ll see your bet, and call ya! We have a full house, what are you holding? Rox and Sita have been out in the streets, stirring up the massed masses, that IS how they roll, after all…well Sita, anyways!! Then, we get a hot incoming call from the Sleeping Warrior himself Ant...

Space Jaded: Cooked With a Rock

Josh and Walt take it back to the OG days of Ironworx…Zack-less and floundering plus plenty o’ past-due pregnant pauses! But with a little help from Nuka Cola (Duma, not Bethesda!), it turns out to be a mighty fine offering. –Nkululeko Duma surprises us with a visit. He brings a smile, lots of laughs, and...