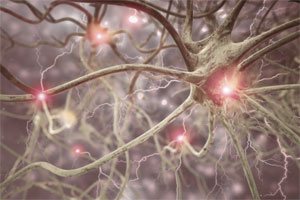 These new mind control techniques are being introduced in gadgets that create a brain-computer interface, magnetic manipulation via “neural dust,”  and even the direct uploading of the contents of our brain. One must then consider the subsequent hacking of our minds in the digital realm. 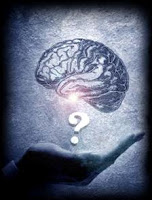 Memory research is a key component of this as well, and neuroscientists are making great strides to ensure that our memories are destined to become fully controllable.

Our memories help us form our identity: who we are relative to where we have been. Positive or negative lessons from the past can be integrated into our present decisions, thus enabling us to form sound strategies and behaviors that can aid us in our quest for personal evolution. But what if we never knew what memories were real or false? What if our entire narrative was changed by having our life’s events restructured? Or what if there were memories that were traumatic enough to be buried as a mechanism of sanity preservation, only to be brought back to us in a lab?

The latest research indicates a disturbing quest by technocrats and reductionists to interfere with this human cognition and even deliberately plant false memories, or create entirely new ones.
The military already has openly discussed a desire to era se the memories of soldiers through pills or direct brain implants for those suffering from Post Traumatic Stress Disorder. This is seen as a viable solution, rather than investigate and ameliorate the horrific events which have put soldiers into stressful situations to begin with. Multi-tour soldiers are more suicidal than ever before, and military researchers would like to rewire their brains, as opposed to rework our current understanding of war and peace.

Damn the ethics; science continues full throttle, largely at the behest of military ideology and funding. The proverbial canary in the coal mine has transformed into lab animal. Apparently, until humanoid robots can be released full force, they need to create the best human facsimile possible.

In a supposed attempt to understand why people can have memories of things that never happened, or divergent reports of the same documented event, the upshot of recent experiments with mice is that it is in fact possible to implant false memories of events that never have happened. Beyond that, researchers can implant fear:

The researchers place a mouse in a brand new environment. As the mouse explores this environment (Place A), new memories are created in the hippocampus (the region of the mammalian brain that we know is deeply involved with memory formation). In Place A, the mouse has the time of its life. The mouse is then relocated to a different environment (Place B). While in Place B, the neuroscientists stimulate the memory of Place A using optogenetics . . . while simultaneously delivering electric shocks to the mouse’s feet, causing fear and pain. Then, when the mouse is returned to Place A, it freezes in fear. This is because the mouse’s brain has somehow confused the fear of electric shocks in Place B with its memory of Place A — in other words, a false memory has been created.

What you have just read is a form of trauma-based mind control.

Of additional note is that scientists employed a virus to change “the neuron’s DNA so that they produce a protein switch that is sensitive to light. Then, when these neurons are struck by light (a hole is drilled in the mouse’s skull and a laser is shot into that region of the hippocampus), the memory is turned on.”

Ironically, a recent study at Scripps claims to have discovered how to remove those fear- and trauma-based memories, selectively wiping the hard drive clean. They are excited about the possibilities to reduce “dangerous drug-associated memories” and other types of post traumatic stress disorder, while preserving the happier times:

The human brain is exquisitely adept at linking seemingly random details into a cohesive memory that can trigger myriad associations—some good, some not so good. For recovering addicts and individuals suffering from post-traumatic stress disorder (PTSD), unwanted memories can be devastating. Former meth addicts, for instance, report intense drug cravings triggered by associations with cigarettes, money, even gum (used to relieve dry mouth), pushing them back into the addiction they so desperately want to leave.

In the new study, the scientists inhibited actin polymerization—the creation of large chainlike molecules—by blocking a molecular motor called myosin II in the brains of mice and rats during the maintenance phase of methamphetamine-related memory formation. (Source)

Also from Scripps comes the discovery of exactly how long-term memories are formed by proteins:

The study, published online by the journal Cell Reports, focuses on a family of proteins called Wnts. These proteins send signals from the outside to the inside of a cell, inducing a cellular response crucial for many aspects of embryonic development, including stem cell differentiation, as well as for normal functioning of the adult brain.

“By removing the function of three proteins in the Wnt signaling pathway, we produced a deficit in long-term but not short-term memory,” said Ron Davis, chair of the TSRI Department of Neuroscience. “The pathway is clearly part of the conversion of short-term memory to the long-term stable form, which occurs through changes in gene expression.” (Source)

Scientists at UC Irvine have gone one step further: directly altering the neurons in the brain of a mouse to produce an entirely new memory … by sound alone. Whereas the above is trauma-based, this type of interference can be generated by tone:

To create the memory, the researchers played a series of test tones to the rodent test subjects. When a specific tone played, the researchers stimulated the nucleus basalis, releasing acetylcholine (ACh). This jolt of ACh then causes the cerebral cortex to turn that specific tone into a memory. Later, when the rodents are played the same tone, their respiration spiked, showing they recognized the tone. The other tones, which weren’t subjected to a spike in ACh, did not cause the same reaction.

This is a further sample of how thoughts can potentially be controlled from a distance and without the knowledge of the person toward whom the technology has been directed.

Along similar lines, researchers have found a way to bring back memories by targeting specific frequencies – once again touting the benefit to Alzheimer’s patients:

Scientists at the University of California, San Diego School of Medicine have erased and successfully reactivated memories in rats, offering hope that the same can be achieved with humans.

The study, published in the journal Nature, is the first to show the ability to selectively remove a memory and predictably reactivate it by stimulating nerves in the brain at frequencies that are known to weaken and strengthen synapses. The work builds on earlier research on NMDA receptors.

Roberto Malinow, a professor of neurosciences and senior author of the study, said: “We can form a memory, erase that memory and we can reactivate it, at will, by applying a stimulus that selectively strengthens or weakens synaptic connections. 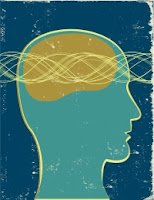 This is part of the grand future of neuroscience, which is receiving funding from the $100 million BRAIN project in the U.S., and another $1.3 billion committed by Europe.  We are already seeing some very unethical applications, like seeking ways to make people suffer eternally by distorting one’s sense of time.

We would do well to weigh the positives and negatives while we still have the capacity to freely form and communicate our own thoughts; because the next step is on the horizon . . .  and it looks rather grim for anyone who values human emotion. Returning to The Journal of Neuroscience:

The next step, of course, is to actually do something with these findings. The research group would like to use its memory manipulation technology to fix/treat undesirable brain function, such as anxiety and depression. Being able to delete or reprogram bad memories, a la Eternal Sunshine of the Spotless Mind, would probably make short work of many mental woes. Perhaps more excitingly, though, is the potential to directly encode new memories into our neurons — kind of like when Neo learns to fly a helicopter in The Matrix. That’s probably a few years away yet, though. (emphasis added)

So how does one combat attempts at mind invasion?

Obviously, while we still have the choice to consciously resist, we must do it with every fiber of our being. This includes not getting suckered into buying the benefits without being aware of how these techniques will become more widespread. This is not to say that there are no benefits, but until the ethics get properly sorted out, we must employ the cautionary principle first and foremost.

Another major step we can take to protect ourselves regardless of how widespread these techniques become is simply to be aware of the weapons deployed against us. Jon Rappoport makes a salient point when he questions the ultimate effectiveness of electromagnetic mind control techniques on human beings:

First of all, we need to make the distinction between passive and active people. Passive people are either sedentary or going through the motions in life. They are easily controllable, and it doesn’t take sophisticated electronic measures to do the job.

Television, a few tranquilizing drugs, peer pressure to conform, and the game is over.

Such people will also mistake the invasion of outside thoughts for their own. It doesn’t really matter where the impulses come from or who delivers them.

By active people, I mean those who are passionately pursuing conscious objectives. They know why they’re doing what they do. They have energy. They’re inventing their own futures. They’re aware of repressive forces in the world.

They’re also quite familiar with their own feelings and thoughts. (Source)

Essentially, don’t live like a lab rat. Stay aware, be vigilant, and help empower others to develop a strong mind and a strong will that has harnessed the ability to remain free under any circumstances.

The Bitcoin era program UI design layout is really much self-explanatory. Straight-forward. New and older investors may conveniently open an account in this stage with no hurdle and can readily use all of its core attributes and functionalities. — The Bitcoin Evolution applications is simple and user friendly. All of the information that has been...