Max Igan – Latest Update From My Friends In Gaza 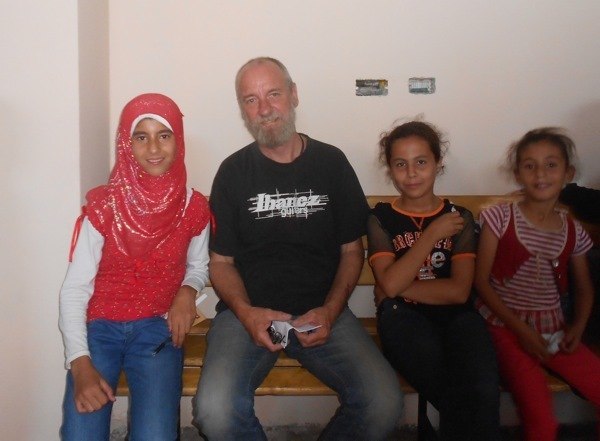 Folks, we need top spam the entire internet to let people know what is happening. Every single social media outlet, blog or forum you know needs this information. If you are unsure what to write or are lost for words, I have prepared a post below that contains most of the relevant information. If you have something to add to it that you feel should be included. Please feel free to add it to the text.

THIS INFORMATION NEEDS TO GO EVERYWHERE!!!

please help make it a reality

The bottom line is that if you support the current Israeli incursion into Gaza, then you are someone who supports ethnic cleansing

There simply are no words to describe the unprecedented slaughter and level brutality being aimed at 1.8million besieged Palestinian refugees by the Zionist Terrorists of Israel in this 2014 Ethnic Cleansing of the Gaza Strip. What we are seeing is an unprecedented bloodbath. The brutal and sadistic murder of people, all civilian, mostly women and children and all innocent of any crime. And these people are not just being killed, these innocents are being brutally slaughtered and hideously wounded using experimental weapons that maim horribly. These are the wounds of nightmares. Wounds that doctors have never seen before. Banned chemical and new experimental weapons, the use of each, constituting a war crime. Each one of these weapons are being used on CHILDREN, and each are designed to inflict MAXIMUM PAIN AND SUFFERING. These exotic weapons are being wielded by a sadistic army of what can only be psychopaths, and who seem bent on killing as many of Palestinians as they can, and in as brutal and hideous a manner as they are able. And it is happening while the entire world watches.

There simply are no words.

Make no mistake folks THIS IS TERRORISM!

Israel and its terrorist government MUST be condemned and held for war crimes for its ethnic cleansing of the Gaza strip. AS MUST ANY GOVERNMENT THAT IS IN SUPPORT OF THIS GENOCIDE!

The Use of Banned Chemical and Experimental Weaponry

The weapons being used in the current Israeli incursion into the Gaza strip easily confirms that the battle plan of the Netanyahu government towards the civilians in Gaza is Genocide. Pure and simple. Israel wants no survivors from this one. It wants no witnesses to its crimes. Each weapon used in this slaughter is designed to kill with maximum damage, maximum brutality and maximum pain and suff…ering. What Israel is doing right now, is truly the most hideous of war crimes of the modern age… Google these terms: (there’s more but standard fare for this incursion is) “DIME Munitions”. “Flechette Bombs” and “White Phosphorus”. Google all of those terms and see what we are dealing with here. DIME and Flechette munitions dont just kill, they literal shred the victim in the most gruesome and painful manner imaginable. Look at these weapons and what they do and understand the pure evil of these weapons… weapons such as these could only be invented by a psychopath for only the most evil psychopathic mind could dream them up… and then clearly understand that this is what the forces of “we don’t target civilians” Israel is using against the imprisoned, impoverished and defenceless women and the 900,000 children of the Gaza strip as you read this message.

THIS IS A WAR CRIME!

Some reports from dear friends on the ground. A girl 22 and from a young guy of 20 who is a university student:

The Israeli tanks shelled on Shuhada’a AlAqssa hospital killing at least 4 Palestinians who were getting treatment in the hospital. Another estimated 40 injuries where reported. The operating rooms and Oxygen chambers has stopped working after getting destroyed in this attack, putting the life of hundreds of patients in danger !! This is the third hospital in Gaza the Israel attacks !! Unbelievable – Noor Harazeen in Gaza

Massacres ! The Israeli occupation forces are now randomly targeting civilians, latest attack was when the Israeli warplanes raided on a building killing 11 people most of them are children ! Only today Israel killed 90 Palestinians, bringing up the death toll in Gaza to 555 and more than 3200 injuries reported – Noor Harazeen

Good morning from Gaza, we were confirmed that the Israeli tanks targeted a UN school !! I mean seriously were should the people in GAZA evacuate ?! Hospitals have been targeted, mosques too and now the UN schools !! can someone please help us and propose a safe Place where the Israeli forces won’t attack ?! – Noor Harazeen
Photo \ Israel attacking UN school with “white phosphors bombs”

Today i went to middle Gaza strip to show you the latest Israeli targets. Please watch and share widely to expose the Israeli forces claims of ” NOT TARGETING CIVILIANS “. We went to a hospital, UNRWA school, mosque and a residential building – Noor Harazeen

Today i went out to the streets facing all danger, to show you the latest Israeli targets. Please watch and share widely to expose the Israeli forces claims of ” NOT TARGETING CIVILIANS “. We went to a hospital, UNRWA school, mosque and a residential building – Noor Harazeen

Latest update from a friend in gaza, a 20 year old university student….

People in my area have now fled their homes. A mosque demolished as an airstrike hit it. The nearby houses partly damaged due to this airstrike. Al-Aqsa hospital was hit by tank shelling, 5 killed and tens injured; doctors and patients were among them. Some houses were directly targeted. A UN school was also partly damaged. Water containers and pipes were damaged there. No power nor water yet. I personally have now reached my relatives’ home were the shelling is not that heavy. My family have fled to other relatives’ home. Now, five families are in the same house; 30 members approximately, in a very small house. mostly children and women. The situation is getting worse and worse. People are fleeing their homes by the thousands but there is nowhere to hide, no safe place. All who do not leave are being massacred by Israeli forces. Only civilians are dying due to this barbarous offensive. Now they are dropping gas bombs on us, this gas smells strange, does anyone know what it is? Please pray for the people of Palestine.

Killing masses of people, mostly women and children (around 60% of the population in Gaza is children in such a brutal fashion is unacceptable under any circumstances and the Stae of Israel MUST be held accountable for this war cime. If you have that little regard for life that you support this then you are one very sick person.

Make no mistake, THIS IS TERRORISM!

This is indeed terrorism of the most brutal, the most evil and the most psychopathic kind. We should all pause to consider that there has been a gradual militarization of the worlds police forces to an alarming degree in recent years, and if a WAR CRIME of this magnitude and level of brutality is allowed to be carried out in 2014 by a democratic nation and stand unchallenged, then make no mistake about it, the way of Palestine will be the way of the world.