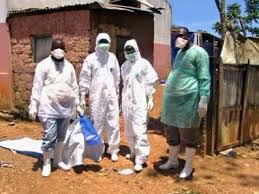 November 1, 2012 – UGANDA – As of the end of October, 18 cases and nine deaths have been reported as a result of Marburg hemorrhagic fever outbreak, according to WHO. The outbreak began in mid-October, and cases have been reported from five districts in southwestern Uganda, Kampala, Ibanda, Mbarara and Kabarole, with a case fatality rate of 50%. Blood samples from nine patients have been confirmed for Marburg virus at the Uganda Virus Research Institute.

Currently, 13 patients have been admitted to the hospital, and their contacts are listed for daily follow-up. The latest confirmed case was admitted to an Ibanda district isolation ward on Oct. 26. The WHO and international partners, including the CDC, the Uganda Red Cross, African Field Epidemiology Network and Médecins-Sans-Frontières, are supporting the national authorities in outbreak investigation and response.

The national task force has identified additional health care workers and epidemiologists to strengthen the teams in the field. Training of health workers on infection prevention and control, surveillance and clinical case management is ongoing, and the first shipment of personal protective equipment arrived recently. WHO and its partners have deployed additional staff to support the response teams. As the investigation into the outbreak continues, WHO and partners continue to support the national authorities as needed in the areas of coordination, infection prevention and control, surveillance, epidemiology, public information and social mobilization, anthropological analysis and logistics for outbreak response.

Neighboring countries have been contacted to strengthen cross-border surveillance and preparedness to prevent cross border spread of the outbreak. In September, Uganda suffered an outbreak of Ebola.