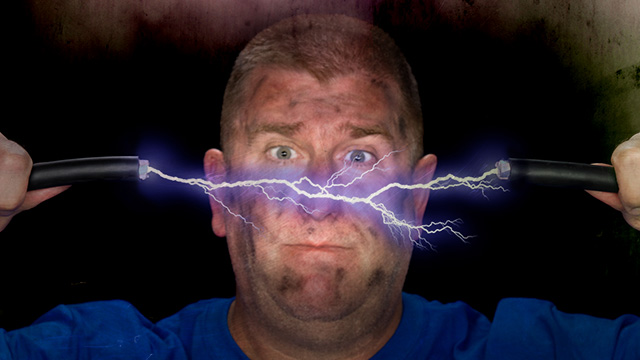 Many prefer being zapped to meditating

People, especially men, hate being alone with their thoughts so much that they would rather be in pain.

In a study published this week in Science magazine on the ability of people to let their minds “wander” — that is, to sit and do nothing but think — researchers found that about a quarter of women and two-thirds of men chose electric shocks over their own company.

“We went into this thinking that mind-wandering wouldn’t be that hard,” said Timothy Wilson, a professor of psychology at the University of Virginia and lead author of the study. “People usually think of mind-wandering as being a bad thing because it interrupts when you’re trying to pay attention. But we wanted to see what happens when mind-wandering is the goal.”

Wilson didn’t think his subjects would struggle with the task.

“We have this big brain full of pleasant memories, and we’re able to tell ourselves stories and make up fantasies. But despite that, we kept finding that people didn’t like it much and found it hard.”

The researchers tried everything they could think of to make the task of being taskless easier.

“We tried to give them time to prepare,” he said, “so they could think about what they were going to spend their time thinking about.”

But even going into the exercise with a plan — an upcoming vacation to plot, for example, or a particularly dreamy celebrity to daydream about — didn’t seem to help participants enjoy their time alone. Those who completed the study at home often said they were cheating by picking up their phones or a book, and many reported that the six to 15 minutes spent thinking had been unpleasant.

When it became clear that people were desperate for distractions, the researchers decided to give them one.

“It dawned on us: If people find this so difficult,” Wilson said, “would they prefer negative stimulations to boredom?”

He gave them access to a device that would provide a small electric shock by pressing a button. It wasn’t a very strong shock: The device was built on a 9-volt battery.

“But we weren’t even sure it was worth doing,” he said. “I mean, no one was going to shock themselves by choice.”

The researchers removed the curiosity factor by giving subjects a sample shock beforehand. They even asked them how much they would pay, given a $5 allowance, to prevent another shock. Most offered up a hypothetical dollar or two.

But when left alone in the room for a 15-minute thinking session, the participants exhibited some shocking behavior. One man (whose data was left out of the study) shocked himself 190 times. For most others, “It was more like seven times,” Wilson said.

While only six of the 24 women shocked themselves, 12 of the 18 men did so. This, the authors wrote in the study, could be because men tend to be more “sensation-seeking.”