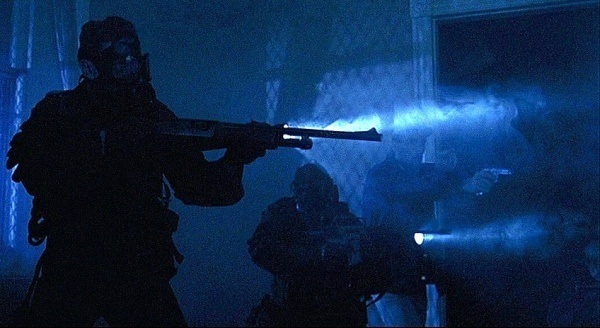 TAMPA, FL — A man was shot to death in his bedroom by a SWAT team that had stormed in uninvited looking for contraband plants.  The violence — which netted only trace amounts of illegal vegetation — adds another casualty to the death toll in America’s bloody Drug War.

The raid occurred the night of May 27th, 2014, in the Tampa neighborhood of Seminole Heights.  Jason Westcott, 29, and his housemate were asleep in separate rooms when the Tampa SWAT team arrived to search the premises.

Police claimed that they knocked, received no answer, then barged in when they discovered the door was unlocked.  The individual sleeping on the couch was quickly detained and the intruders made their way to Mr. Westcott’s bedroom. 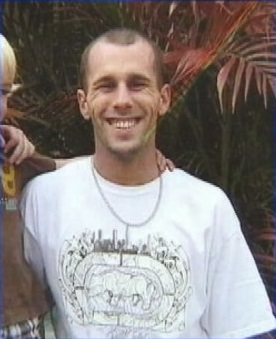 In the split-second confusion of being jarred awake by strange noises, Westcott picked up his pistol in a futile effort to defend himself.  It would be the last decision he ever made.  Police skillfully entered his sleeping quarters and opened fire on the man that supposedly “threatened the officers.”

Mr. Westcott did not fire a shot.  He was mortally wounded when struck with multiple shotgun slugs and pistol rounds.

Westcott had been targeted because the government suspected him of partaking in smoking and selling marijuana.  The raid did not produce any cache of drugs, however.  The search of the tiny 600 square-foot house netted a total of 0.2 grams of marijuana — valued at $2.  Police had committed a violent home invasion, taken a life, and ruined many others to rid the streets of roughly one marijuana cigarette.

The pretexts of the search warrant were questionable.  Initially, the department claimed their actions were based on neighborhood complaints, but their story changed when the Tampa Bay Times pressed for records to back up the assertions; apparently they did not exist.  The second version of events stated that Mr. Westcott had sold marijuana to an undercover police officer, but that story, too, was retracted.  The department’s third “revised” story alleged that a confidential informer — not complaining neighbors or an undercover cop — had told the police that Mr. Westcott was a drug dealer who had sold weed at the house in the past.

Even if one believes the secret witness — who is likely under police pressure to produce tips in order to avoid his or her own prosecution — the allegations held that four transactions took place, each for small amounts of cash. Over the course of months, these alleged sales totaled just a couple hundred dollars — hardly worth expending taxpayers’ resources fretting about.   But that did not stop the Tampa Police Department from deploying the maximum amount of force available.

Israel Reyes, roommate of the decedent, gave some insight to the Tampa Bay Times regarding the menial pot habit that inspired such a violent reaction:

Reyes said he and Westcott were not hardened drug dealers, but habitual pot smokers who sometimes sold to acquaintances. He said they never kept more than 12 grams — a misdemeanor possession amount — in the house.

“We would just sell a blunt here and there to our friends or whatever. It was no crazy thing. There weren’t people coming in and out of our house every day,” he said. “It wasn’t paying any bills. We were still broke . . . going to work every day.”

If investigators had witnessed the sales firsthand rather than relying an informer, he said, they would not have called in a SWAT team prepared to face violent drug traffickers.

“That much force wasn’t necessary for this little,” Reyes said.

Mr. Westcott, who worked as a motorcycle mechanic, had one arrest, 11 years prior, for misdemeanor marijuana possession.  Even his landlord vouched for him, praising the problem-free rental experience.  Besides paying the rent on time, neighbors said the two men “were nice and quiet and minded their own business.”

Nothing has ever suggested that Mr. Westcott would ever knowingly and intentionally threaten a police officer.  He had presented no problems to TPD and had in fact called them to request their help only a few months before.   When Westcott was threatened, it was TPD investigators themselves who had told him to arm himself and prepare to shoot intruders, the The Tampa Bay Times reported:

A man who had partied at Westcott’s home was plotting to rob him. An itinerant motorcycle mechanic, Westcott didn’t have much — two televisions and a handgun that once belonged to his brother were perhaps the most valuable possessions in his 600-square-foot house in Seminole Heights — but he was terrified by his would-be intruder’s threats to kill him.

Police tracked down the suspect and warned him to stay away. Westcott, those close to him said, was left with a word of advice from the investigating officers: If anyone breaks into this house, grab your gun and shoot to kill.

On the night of May 27, as armed men streamed through his front door, Westcott grabbed his gun. But the 29-year-old didn’t have a chance to shoot before he died in a volley of gunfire. And those who killed him weren’t robbers.

They were police officers from the same agency he had enlisted to protect his home.

After encouraging him to boost his personal security, police then used Westcott’s purchase of a home security system as evidence of his alleged illegal activity.

Upset with the changing stories and the smearing of her son’s reputation, Westcott’s mother told Tampa’s FOX 13 that police were engaging in a “coverup.”

“He goes and buys a security system, and Tampa police say it’s because he’s a big-time drug dealer? No. It’s because he called you to protect him, and then you killed him,” said his mother, Patti Silliman.